Climate change is affecting forests around the world due to the increase in frequency and severity of extreme weather events. During the last decades, intense summer droughts are most frequently altering temperate forests of southern Argentina, where a steep precipitation gradient exists due to the rainshadow effect of the Andes. Tree populations of widespread species inhabiting wetter locations were more impacted by drought and suffered tree mortality than in drier areas. Studies are needed to analyse the potential responses of dominant trees of conservation concern under predicted droughts. Emblematic trees inhabit contrasting precipitation regimes and areas with different conservation statuses in Patagonia. This is the case of the ancient lineages: Austrocedrus chilensis, Fitzroya cupressoides, and Pilgerodendron uviferum that are long-lived, and of great conservation value. 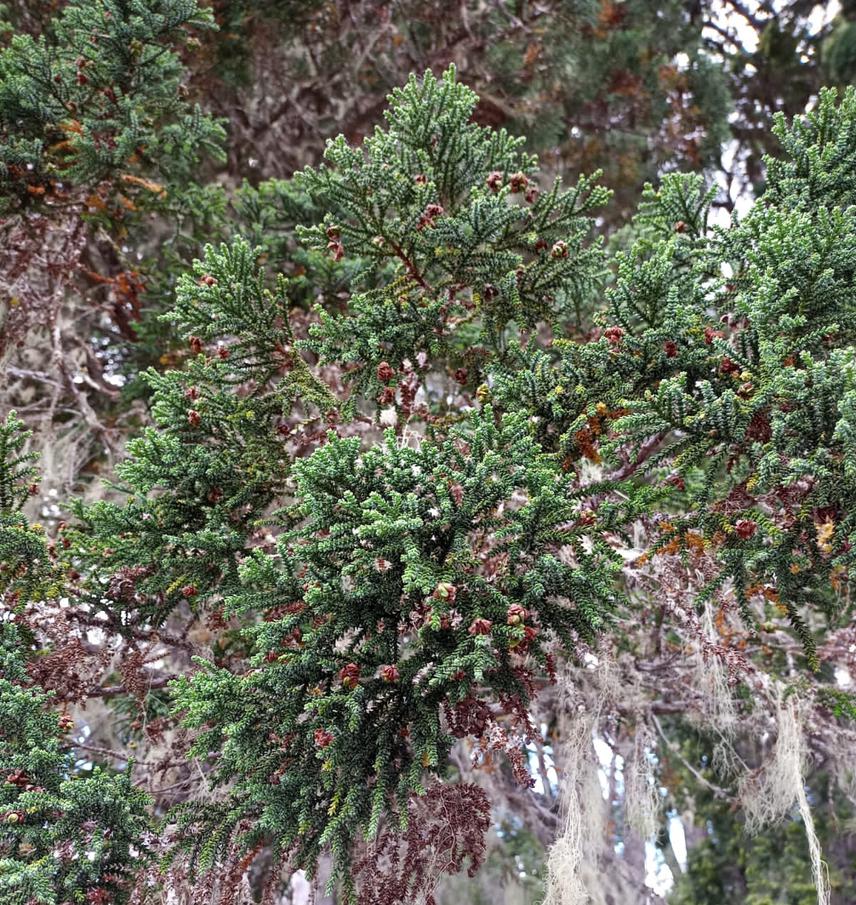 Austrocedrus dominates drylands; Fitzroya is the second oldest tree of the world that can live 3000 years and it can inhabit ecologically diverse microenvironments; Pilgerodendron is restricted to waterlogged sites. New genomic techniques will be used to search neutral and adaptive variation and candidate genes associated with drought tolerance. Ecological niche models will identify environmental factors that make up current local adaptation and future vulnerable populations. Conservation status of populations determined by previous genetic results on neutral markers will be reevaluated using genomic information. Common garden and induced desiccation experiments will be performed in the least threatened Austrocedrus. We aim to understand adaptations of ancient lineages and provide population-level information to variable climates to evaluate current and guide future in situ and ex situ conservation actions.

This work aims to analyse adaptive responses to changes in climate in all Cupressaceae species of conservation concern endemic to Patagonia. Genotyping By Sequencing (GBS) techniques will be used to search for genotypes associated with dry climates i.e., adapted to withstand drought. We will study the climatic envelopes inhabited by each species by ecological niche models and project future distributions under changing climates. We will identify vulnerable populations that could be affected by future weather conditions, particularly those holding genomic variants that can be threatened under forecasted climates.