Variability in Temperature Resistance among a Tropical Mountain Community of Dragonflies: Implications for Arthropod Dispersal Limitation in a Warming World

This project aims to understand the ability to adapt and help to conserve the tropical mountain dragonflies during this climate change phenomenon. 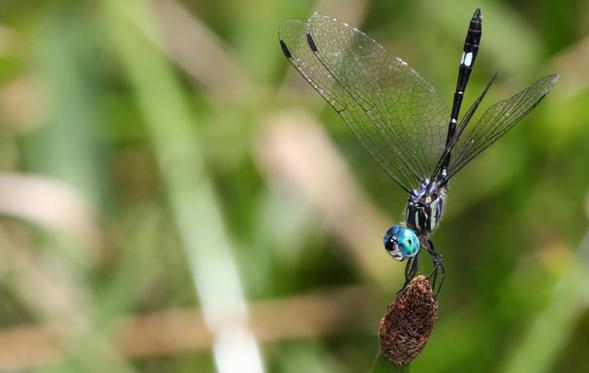 The Global warming is a critical change in the temperature that affects the ecosystem dynamics around the world. The populations geographic distributions are shaped by abiotic and biotic factors, when these factors change organisms have three possible responses: migration, adaptation or extinction. Tropical mountain forests are especially vulnerable to climate change due to their complex communities and ecophysiological constraints that limit migration. For these reasons, we want to evaluate the variability on the thermal tolerance of a tropical mountain community of dragonflies, an ancient lineage which has survived several climatic changes in the past and groups environmental sensitive species, representing both aquatic and forest insects. By using a thermocouple and a temperature controller device, we plan to measure their critical flight temperatures. Looking for intra and interspecific variation in the tolerance to temperature will give us insights on the ability of each species to adapt to the rise in temperature or their need of certain temperature range, last probably taking them to an altitudinal migration or to extinction.

This research will be done in a poorly explored and highly biodiverse place, the Tatamá National Park, between the Chocó and Andes regions in Colombia, which makes the inventory of dragonfly species for the place an interesting by-product, including natural history notes, description, and rediscovery of several beautiful and rare endemic species.

The local community is composed of peasants who have traditionally worked as loggers, miners, and farmers, they switched these economic activities seven years ago to farming and ecotourism, especially for bird watchers. I want to help them to improve sustainable practices in two ways: first by making workshops which aims to involve the whole community in a reflection about the great natural richness they live within, sustainable practices and conservation, which will begin in the schools and will finish with a community festival in which the kids will be the artists in charge of teaching the adults about the fragile richness they are surrounded by. Second, I am working on a Spanish/English field guide of the beautiful dragonflies of Tatamá National Park, which I expect will increase the ecotourism in the Park and also will help to popularize dragonflies among people.