Grazing of cattle is one of the main causes of habitat degradation in Southern Pampa, and in grazed-systems nests predation is the main cause of breeding failure. Hudson´s Canastero (Asthenes hudsoni) is an endemic songbird of Pampean region, with most of its population concentrated in Argentina. Bearded Tachuri (Polystictus pectoralis) is an austral summer visitor to central-east grasslands of Argentina. The objectives of this project are: (a) Increase the nesting success of Hudson´s Canastero and Bearded Tachuri by protecting active nests against cattle and predators (b) Identify and protect key breeding sites of these two grassland songbirds in Southern Pampa. 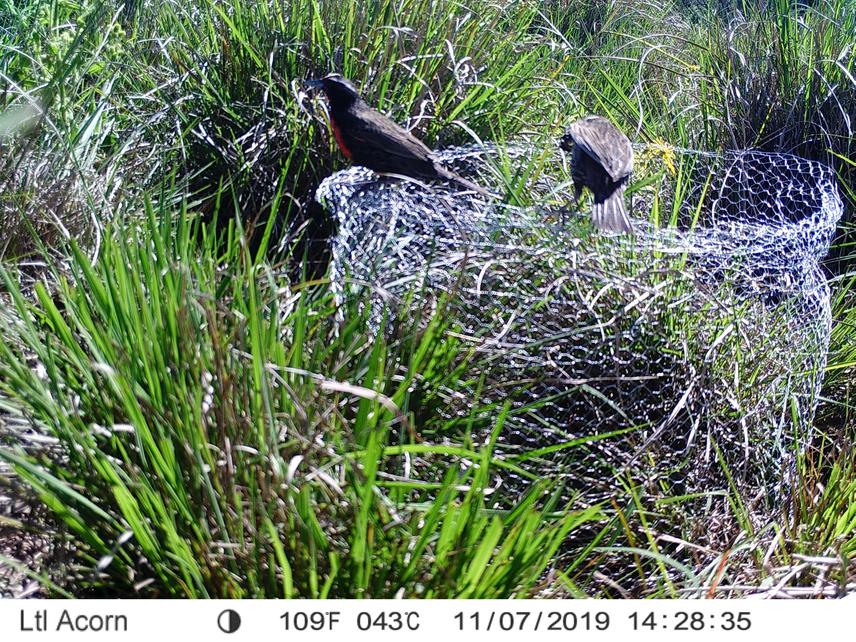 Cattle grazing is one of the main causes of habitat degradation in the temperate grasslands of the Southern Pampas. In these grazed-systems, nest predation is usually the top cause of bird breeding failure. The loss of grassland structure caused by grazing makes nests more accessible to predators. We are focused on decreasing the rate of nest predation as a ﬁrst management action for threatened grassland birds. In this project we work with two grassland birds that are currently considered seriously threatened species in Argentina: The Hudson´s Canastero (Asthenes hudsoni) and the Bearded Tachuri (Polystictus pectoralis).

Our project site is the highland grasslands of the Tandilia mountain range in the southeastern part of the Buenos Aires Province of Argentina. Our overall goal is to develop management conservation tools which will increase the reproductive output of threatened grassland songbirds. To accomplish this goal, we state two speciﬁc objectives:

Objective 1: Increase the nesting success of grassland songbirds by creating safe breeding sites, and by protecting active nests of focal species. We will use electric fences to restrict the access of cattle to nesting sites. In these sites, we will test the use of wire-mesh exclosures to protect active nests of grassland songbirds against predators.

Objective 2: Identify and protect key breeding sites of Hudson´s Canastero and Bearded Tachuri in the region. We will actively search for breeding sites of both species, and we will involve landowners in the search and protection of the breeding pairs present in their own properties. We will come to an agreement with them in order to look for solutions to protect the breeding sites of these two species. After this experience, we consider that predator and cattle exclosures could be implemented, not only to increase the reproductive success of Hudson´s Canastero and Bearded Tachuri but also for other threatened grassland birds which breed near the ground.