Evolution, History and Conservation of Two Species of Sea Turtle in the Coast of Oaxaca, Mexico

We will achieve this through a comparison of the genetic diversity and endogamy of the populations of leatherback and olive ridley turtles. Also, we will create a panel of “experts”, that will include scientists, artisanal fishers and managers, who have been involved in the exploitation, conservation and management of marine turtles. Through a focus group workshop, we will analyse the problem from different perspectives and rank the drivers that are causing the differences between species. 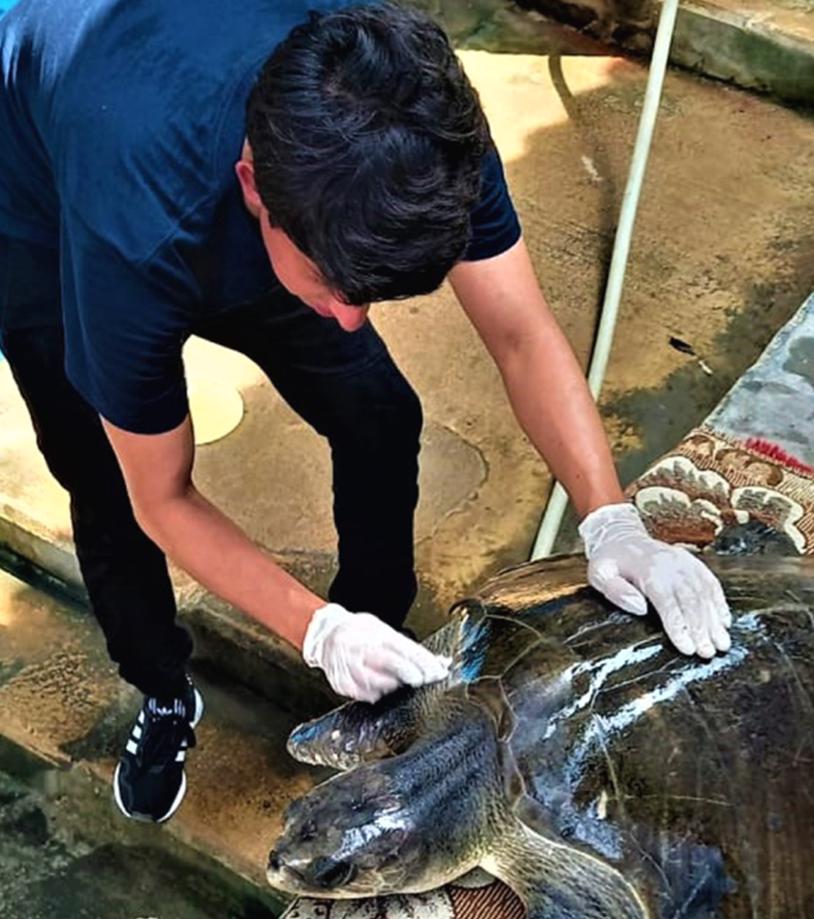 On the coast of Oaxaca, the sea turtles Dermochelys coriacea (leatherback turtle) and Lepidochelys olivacea (olive ridley) nest. This place has been important for the reproductive process of both species. An example is that in the 80’s (along with the states of Michoacán and Guerrero) sheltered the biggest nesting population of leatherback turtles in the world, likewise, is one of the few places in the world where the “arribada” phenomenon of the olive ridley occurs. Nevertheless, in this place the demographic trajectories of both species have been dissimilar, while the population of the leatherback turtle is decreasing and is on the brick of extinction, in the other hand the population of the olive ridley turtle is rising despite they have and had similar threats. The drivers behind the differences of their demographic histories remain unknown, therefore the objective of this work is identifying the drivers that are causing the dissimilar population trajectories between leatherback turtle and olive ridley in the coast of Oaxaca.

We will make a comparison of genetic diversity between species to determine if a low genetic diversity is affecting the reproductive fitness (reflected in the population size) of the species, also we will use the local knowledge (through the focus group workshop with experts) to determine the possible environmental drivers that have more influence on the population trajectories of these species. By means of genetic analysis, we will propose in a timeline the moments of drastic reduction of the populations and contrast if they coincide with anthropogenic factors that could have a decisive influence on the population trajectories of both species. The study will provide a novel approach to address the problem currently faced by leatherback turtles in the Eastern Pacific and will offer basic information to initiate a genetic-evolutionary management program complementary to the regional action plan being carried out in this region.