The aim of the Project is mainly;
1) to determine the cause of death of stranded cetaceans on Aegean Sea Coasts, to intervene in the time of the stranding events and preventing human influence on the existing population by restraining the threats determined in field/laboratory studies within a certain plan frame.
2) to establish a stranding network infrastructure that can be used in the long term with the support of local people and NGOs.
3) to inform local people about Cetaceans, their habitats and ecologies, and raising their awareness by means of training.
4) to develop recommendations for preventing identified threats against to species and delivering to the related government agencies. 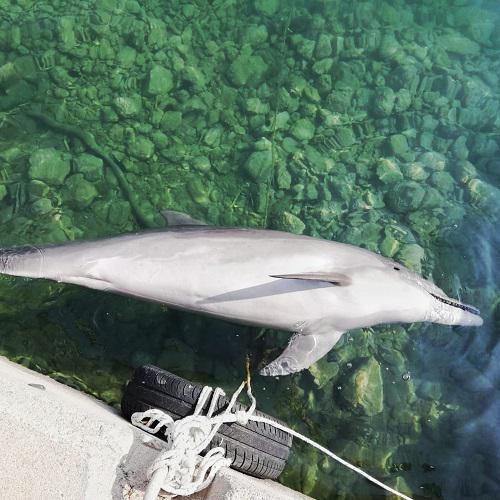 Despite there are many stranding events on the Aegean Sea coasts but existing studies aren’t adequate and systematic. The project is aimed to determine the current and potential threats caused by anthropogenic factors and reduce all these impacts on the resident cetacean populations or migrating ones in the Turkish Aegean coast with the support of NGOs and raising public awareness.

The study area has been set up in the central Aegean coasts from the provincial border of İzmir in the north and to the border of Aydın province in the south.

Firstly, in the identified coastal regions the meetings with local communities/stakeholders will be organized to get support and provide cooperation for the project. Also, informative leaflets will be hand out to the local people and designed posters about the project will be hung to the touristic areas to provide feedback on possible stranding events. A systematic stranding network will be established efficiently along the coastline within the study field by creating an application.

In the case of there is a stranding event during fieldwork or we take a denunciation call, an external and internal examination will be carried out of carcass and tissue sample will be collected to determine the cause of death. A database will be created by collecting samples during the fieldwork and gathering data from other studies related to marine mammals. By means of identifying the possible cause of deaths and the possible threats, the suggestions can be made in the work of conservation of Cetacean habitats.

After the fieldwork period is accomplished, the training sessions will be delivered in the pilot schools to raising awareness activities about cetaceans.

The study will contribute to the conservation of the current status of cetacean populations as a result of the identification of threats and measures to be taken against them. By means of raising awareness among local people and the contribution of the NGOs, the conservation actions will be sustainable in the long run.