Fostering Co-Existence Between Humans and Primates: Mitigation Measures of Human-Primate Conflicts in the Villages around Ntakata Forest, Tanzania

Primate populations across east Africa are declining primarily due to habitat destruction. Of late, Ntakata Forest is observed to be under growing regular human disturbances due to expanding human settlements near the margins of the forest, impact of refugees and poor forest management strategies.

An increasing rate of human encroachments on wildlife habitats, forest clearance, primate killings and environmental degradation have been observed and reported at Ntakata Forest. The context is largely explained by the lack of conservation awareness among local residents. There are a number of factors which underlie to this situation hence the need to identify them in order to avert the situation.

This project aims to assess local communities’ attitudes towards primate conservation and quantify human-primates conflict. The project will also have a component of environmental and conservation education to improve conservation of primates, other biodiversity and its habitats within Ntakata Forest. 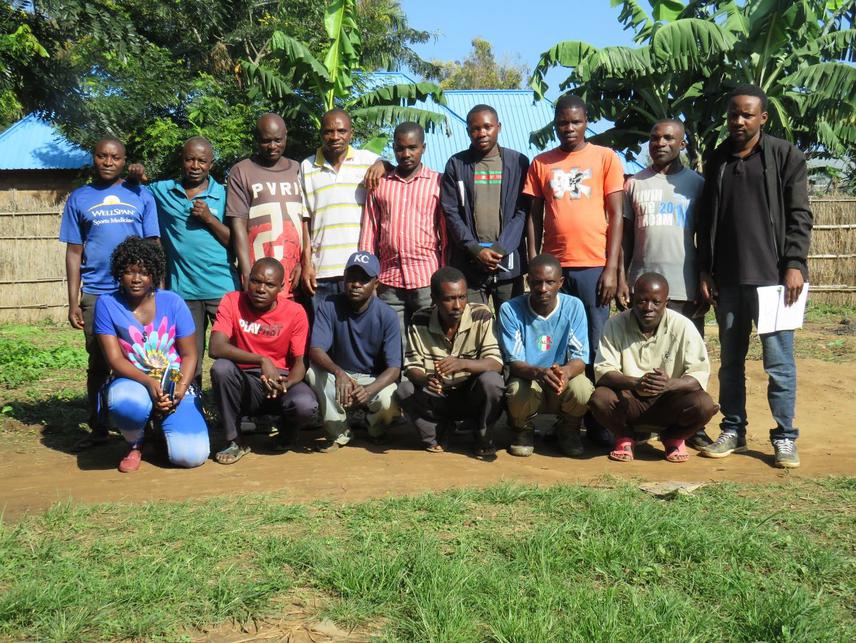 A picture of the project member with key informants at Mgambazi village during data collection.

Primate populations across east Africa are declining primarily due to the presence of human activities in their habitats. Of late, Ntakata Forest is observed to be under growing frequent human disturbances due to expanding human settlements near the margins of the forest, impact of refugees and poor forest management strategies. Following the increase in pressure from human activities in Ntakata Forest, the perseverance of primates and other biodiversity is threatened.

Apart from environmental alteration by humans in the Ntakata Forest, the local communities are unaware of the importance of conserving biodiversity. In March 2018 when I was involved in a bird survey in and around Ntakata Forest, I was shocked to see people with dogs hunting/chasing baboons and monkeys. On that occasion, it was later reported that two yellow baboons and one vervet monkey were killed by that group of people with their dogs. And it is worse that, some people among the local residents utilize primates as source of protein.

According to the informers from the surrounding villages; uninterrupted killing of primates, incursion of livestock and clearance of the forest has kept mounting recently. People cut down trees to establish farms, grazing areas, making charcoal and obtaining timber. This has resulted in disturbances to the forest itself and its biodiversity as the forest has enormous diversity of wildlife including eastern chimpanzees (an endangered subspecies of chimpanzee), yellow baboons, vervet monkeys, red colobus monkeys, red tailed monkeys, blue monkeys, elephants (those moving to Katavi National Park as Ntakata serve as a wildlife corridor between Katavi and Mahale National Parks), leopards, endemic birdlife and butterflies (Ogawa et al., 2006).

Therefore, this study focuses to assess the socio-economic status of people living around Ntakata Forest and the extent of their losses caused by wild animals (i.e. primates). With this study, identification of the factors affecting attitudes of local communities toward primate conservation and their relative importance at the individual scale will be understood. An understanding of these factors will assist local communities and the responsible conservation authorities in framing and implementing actions that can help enhance conservation of primates and biodiversity in general. This may help to address problems that induce negative attitudes and hence improvement of local people’s relationships with the forest and reducing their antagonism toward primates.