Nomascus leucogenys is one of the planet's most endangered primates and the most threatened species in Vietnam. Pu Hoat Nature Reserve is one of the two most important conservation areas for the gibbon. However, we lack detailed information on the gibbon’s population in this reserve, which makes preparing appropriate conservation measures difficult. It is believed that the animal is still poached and illegally traded for private zoo collection and bushmeat by local people. Therefore, this project implements an urgent study to provide a comprehensive understanding of population and threats, providing a foundation for proposing conservation actions for the species in reserve. 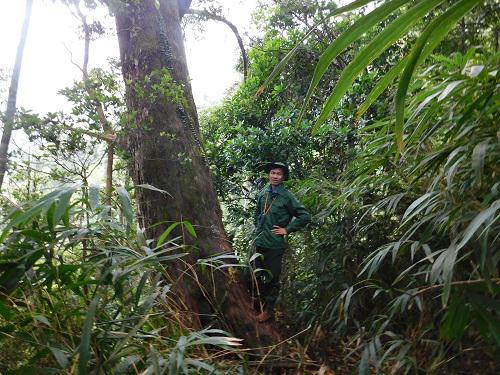 Northern white-cheeked gibbon (Nomascus leucogenys) historically occurs from Northwest Vietnam to Northern Laos and Southern China. Habitat loss and poaching are major threats to the survival of the gibbon. The gibbon in China may now be as few as 10 individuals are unlikely to persist even in the short-term. The population in Laos is unknown. The population in Vietnam is highly fragmented and limited to three areas in Northern Vietnam (Rawson et al, 2011). Recently the surveys about primate confirmed that the most viable population of this species in Vietnam now is found in the forest complex of Xuan Lien Nature Reserve and Pu Hoat Nature Reserve located in the western area of the north central region of Vietnam. However, the studies have focused effort into researching in Xuan Lien and not in Pu Hoat. The lack of public attention the survival of this critically endangered gibbon has still been a major concern in protected areas, especially in Pu Hoat, which is believed to have the most important population for this species throughout its range. Hence, it is urgently necessary that there is a study in Pu Hoat to provide essential information about this species including threats and conservation opportunities in this reserve.

Pu Hoat is known as the key areas for the critically endangered gibbon, however, it has received very low attention for conservation. There has been very little research and conservation efforts done for this reserve. Gibbon and wildlife hunting seems to be common in the reserve but are not well documented. Gibbon and endangered wildlife will be soon vanished if there is no immediate actions to improve understanding of the wildlife population and related conservation issues, needed to inform management and mitigate threats.

Therefore, this project focusses on providing comprehensive understanding of the gibbon population, their associated threats, then proposing conservation options. Our effort will not only play an important role in ensuring the survival of the critically endangered gibbon but also helping to protect other threatened wildlife which is sharing the same habitat with the gibbon.