Distribution and Conservation Status of Primates in Urabá, Colombia

Many tropical forests have been fragmented by anthropogenic causes, resulting in human-modified landscapes where many threatened mammals inhabit. Urabá is a region poorly studied within the biodiversity hotspot Chocó-Darién and is key for the conservation of mammals in the current post-conflict of Colombia, especially for primates. 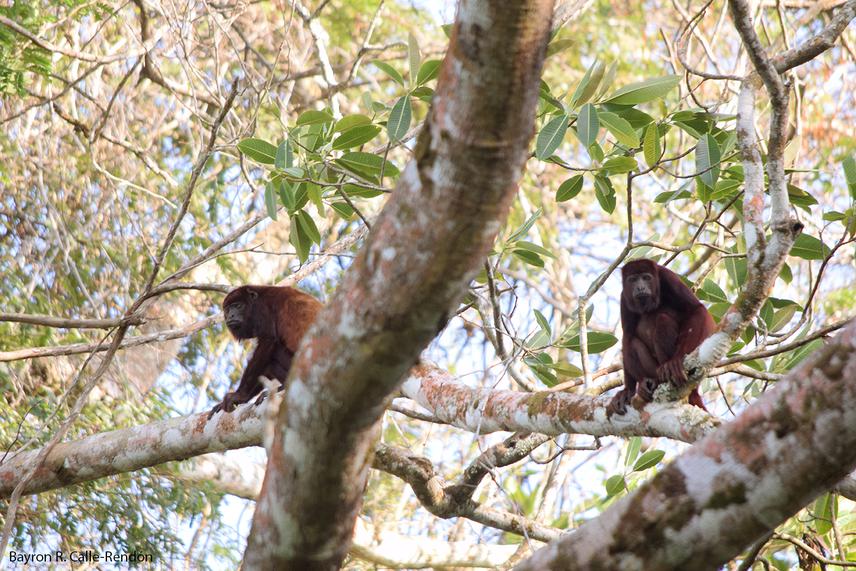 There are six primate species in Urabá: the Colombian red howler monkey (Alouatta seniculus-LC); the capuchin monkey (Cebus capucinus-LC); the Chocoan night monkey (Aotus zonalis-NT); the Colombian black spider monkey (Ateles fusciceps rufiventris-VU); the mantled howler monkey (Alouatta palliata-VU); and the cotton-top tamarin (Saguinus oedipus-CR), an endemic species to Colombia. However, distributions of these primates are poorly understood in Urabá. In this region, primates inhabit forest remnants in a highly fragmented landscape, where banana plantations and extensive cattle ranching make up the matrix surrounding fragments. Moreover, some species are commonly used as pets, especially the cotton-top tamarin. Both knowledge about primate distribution and studies at landscape scale are fundamental to propose effective conservation schemes for the species and its habitat.

This project assess the conservation value of the landscape for the primate community in Urabá, by locating populations through interviews with local inhabitants, assessing the effect of landscape attributes (habitat amount, matrix functionality, and forest patch density) on primate occurrence and species richness, and exchanging knowledge about local biodiversity with farmers and children of local schools through workshops about the significance of primate in terms of the role played in maintaining biodiversity, and the importance of changing or adapting agricultural practices toward more environmentally sustainable ones. We will use our results to inform to the general public and environmental agency about the importance of planning and managing the region at landscape scale and turning the area into a functional landscape with a high amount of forest cover for primates.