Conservation of Himalayan Musk Deer in and Around Salkhla Game Reserve

The project aims to conserve the Himalayan musk deer (Moschus chrysogaster) in Arung Kel area through research, awareness education and capacity building of the field staff of Department of Fisheries and wildlife Azad Jammu and Kashmir. 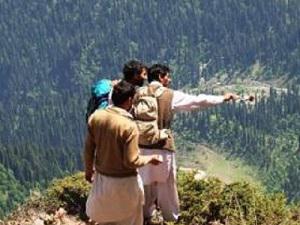 According to IUCN red list Himalayan musk deer (Moschus chrysogaster) is endangered with decreasing population. In Asia, it is distributed in Afghanistan, Bhutan, China, India, Myanmar, Pakistan and Nepal. In Pakistan Neelum Valley, Jehlum Valley, Pallas valley and peripheral area of Deosai plains is the habitat of musk deer. Here it inhabits in sub alpine birch (Betula utilis) forest and mixed coniferous forest. It is the smallest ungulate at the Northern slopes with the ability to survive 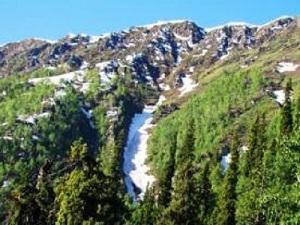 Through this project, efforts will be made to conserve the population of musk deer in Arung Kel area. The target will be achieved through Conservation based awareness to local community, school going children and college students. Capacity of the field staff of Department of Fisheries and Wildlife Azad Jammu and Kashmir will be build by improving their knowledge about survey techniques, data collection and recent issues in wildlife conservation. Data will be collected on the population density, distribution, habitat use and threats to musk deer in the project area. Collected information will be analyzed to assess the current population status and threats to Musk deer in the study area. Results will be shared with local community to mobilize them for the conservation of wildlife especially musk deer.