Behavioural change in wild animals is very common due to anthropogenic activities such as climate change and habitat alteration etc. resulting in disturbed activity pattern that ends mostly in Human-wildlife conﬂicts. The black bear, an environmental indicator species is at the high risk of population decline due to these activities. Monitoring daily and annual activity pattern of black bear with reference to food preferences is need of the hour. Present study is designed to address this burning issue in Machiara National Park. This project will generate key data to manage black bear population, particularly in the face of anthropogenic threats. 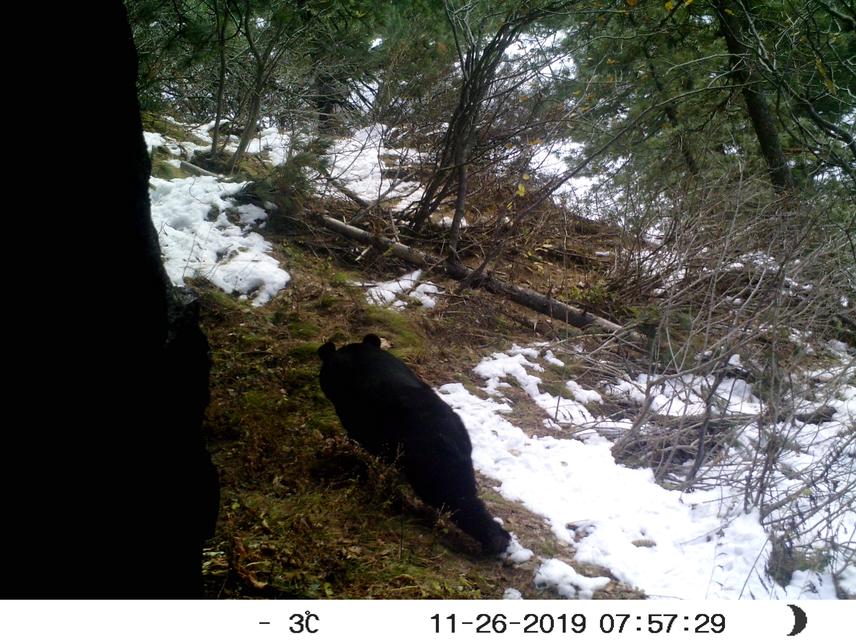 Nowadays, anthropogenic activities are mainly causing the habitat alteration, which results in sharing of resources, change in behavior and change in activity pattern of black bears. Due to the close proximity with humans, and easy to rely on human resources, black bear often attacks on livestock, crops and fruits resulting in retaliatory killings by humans.

This study is aimed at enhancing our understanding of black bear’s daily, seasonal and annual activity pattern, duration of hibernation, food preferences of black bear and dependency of bears on human related food in the Machiara National Park and how it might be aﬀected by human activities i.e., climate change and habitat alteration. Climatic models predict an increase in temperature and a decrease in precipitation in the near future.

This situation will increase the pressure over natural resources in the region and behavioral changes in wildlife animals including black bear. Under this situation, early wake up and late denning in bears can reduce the bear’s population. Moreover, due to natural food unavailability at that time, black bear will prefer to get food from human resources resulting in increased conﬂict rate. On the other hands, in summer and fall, increased nocturnal activity of black bear has resulted in maximum attacks on human related food i.e., crops and livestock, escalating further conﬂict. A clear understanding of the annual activity pattern and food preferences of black bear through space and time is a key to assess the magnitude of this threat to animal diversity. This project will generate solid scientiﬁc data to advance in such directions. Moreover, Many other wild species especially carnivores can be studied later based on this information. Finally, this project seeks to raise awareness among public of an issue, which despite its relevance for the conservation of biodiversity and human wellbeing has not received full attention.