The primary objective is to collect new occurrence data on the endangered Central American squirrel monkey (Saimiri oerstedii oerstedii) across their preferred habitat: unprotected, privately-owned land on the Osa peninsula in Costa Rica. Similar studies have not been conducted since Solano (2007), therefore an up-to-date survey is required for each of the original sites, in addition to new locations, to establish the current distribution of the species. Part of this range was covered during 2019-2020 by Fundacion Saimiri, but the remaining location on the Osa Peninsula are unknown. Combined with GIS mapping, the data collected will better focus future research and conservation efforts, which are currently limited and will provide Fundacion Saimiri and other institutions with up-dated information for decision making. 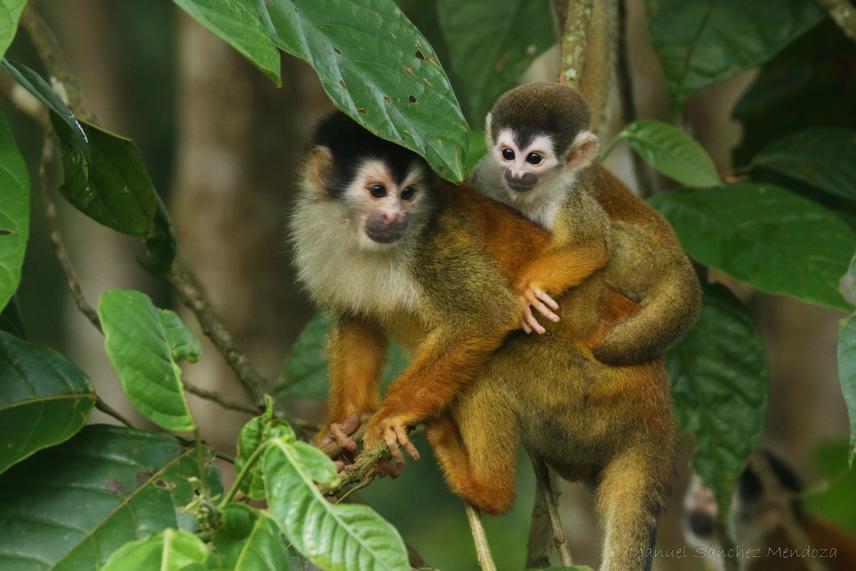 The project aims to fill information gaps regarding troop localities in agricultural lands and settlements, thus creating an up-to-date distribution map for Saimiri o. oerstedii, with the addition of Geographic Information System (GIS) mapping for each site to assist with future conservation and research projects. Research has either never been conducted at these locations or only by Solano in 2007, therefore some of the troops will be previously unreported. 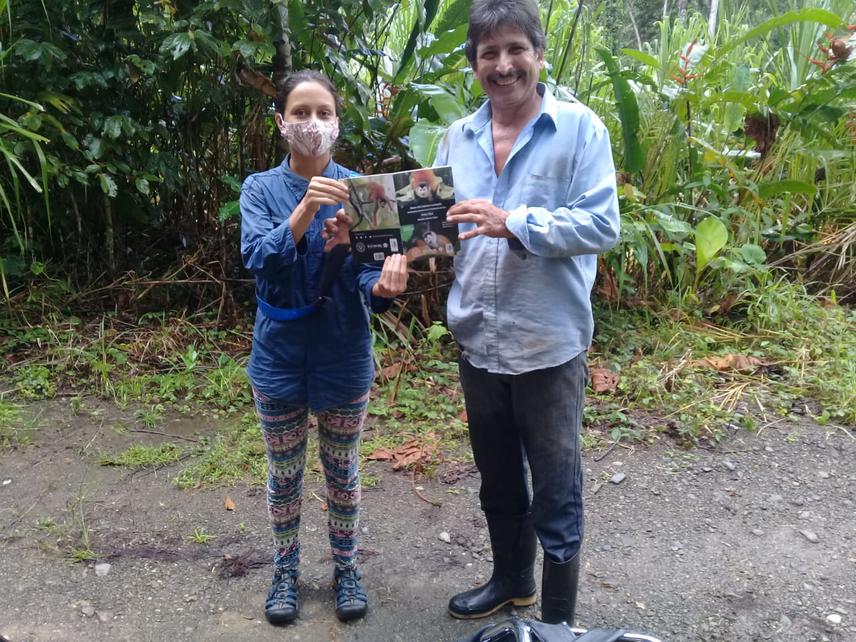 Delivering a book on the Natural History of the squirrel monkey to one of the interviewees (Enrique Segnini) in the Barrigones community.

Through her 2007 study and subsequent Fundacion Saimiri creation, Solano has conducted research on many farms, some associated with Osacoop R.L, a co-operative for small-scale palm oil farmers on the Osa Peninsula. All farms are a mixture of land use covers, including secondary forests.

By utilising these existing relationships and community participation via interviews and workshops, we plan to obtain invaluable completion of the project's objectives. Also, as part of our environmental education program, we want to draw local communities’ attention to the species as the smallest of the four native non-primate species found on the Osa Peninsula; with the long-term aim of strengthening relationships and developing future partnerships between Fundación Saimiri and the Osa human community.