The aims of my research that I will address with the present project are: To identify the main native predators of the invasive armoured catfish (Pterygoplichthys spp., ACF), Estimate the predation pressure over this catfish by native predators and how this predation pressure is related to the ACF population parameters (relative abundance/biomass, age/size of maturity, female fecundity, age/size structure, and activity periods). 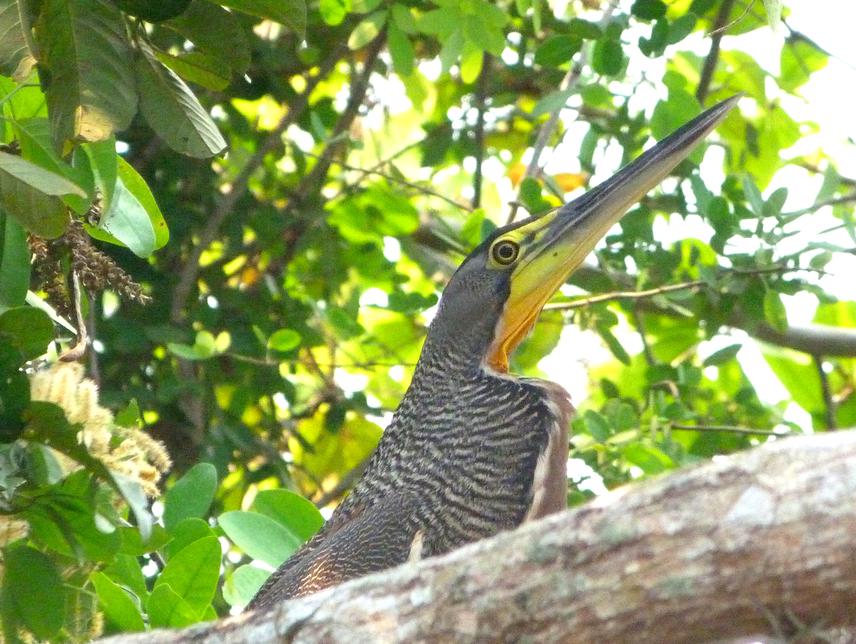 Picture of a Tigrisoma mexicanum that I took at Rio San Pedro, a tributary of the Usumacinta River in the southern border of the Laguna del Tigre National Park, Guatemala.

Invasive species are a leading cause of freshwater fish extinctions and one of the primary threats to global biodiversity, only surpassed by habitat loss and degradation. Much of our understanding comes from North America, and very little is known about invasive species in Central America. The aquarium trade is one of the main sources of aquatic invasive species, either through releases of unwanted pets or escapes from breeding farms.

Armoured catfish (ACF, Pterygoplichthys spp.) are very popular in the aquarium trade and have been reported as an invasive species in at least 21 countries on five continents. In 2007, P. pardalis was reported in Guatemala in the headwaters of the San Pedro River, a tributary of the Usumacinta River. In addition to local fisherpersons, there is a diversity of native piscivorous predators. Native predators are considered one of the primary obstacles that nonnative species face to establish invasive populations.

In this study, we will identify which are the main native predators for the invasive ACF, evaluate how predation drives ACF populations, and determine characteristics of the most efficient predator assemblage for control of ACF populations. We will inform stakeholders so they can develop management and conservation initiatives promoting native predator conservation. This work will contribute to the discussion of invasive species impacts and ecosystems resistance and adaptation in a region that has been critically understudied.