Globally ape population trends are decreasing, and estimates shows a 60% decrease in West Africa (Goodall, 2000). Approximately 300 western low land gorillas and 600 western chimpanzee lives in the Deng Deng National Park. These species are known to be endangered according to the IUCN Red list of classification. 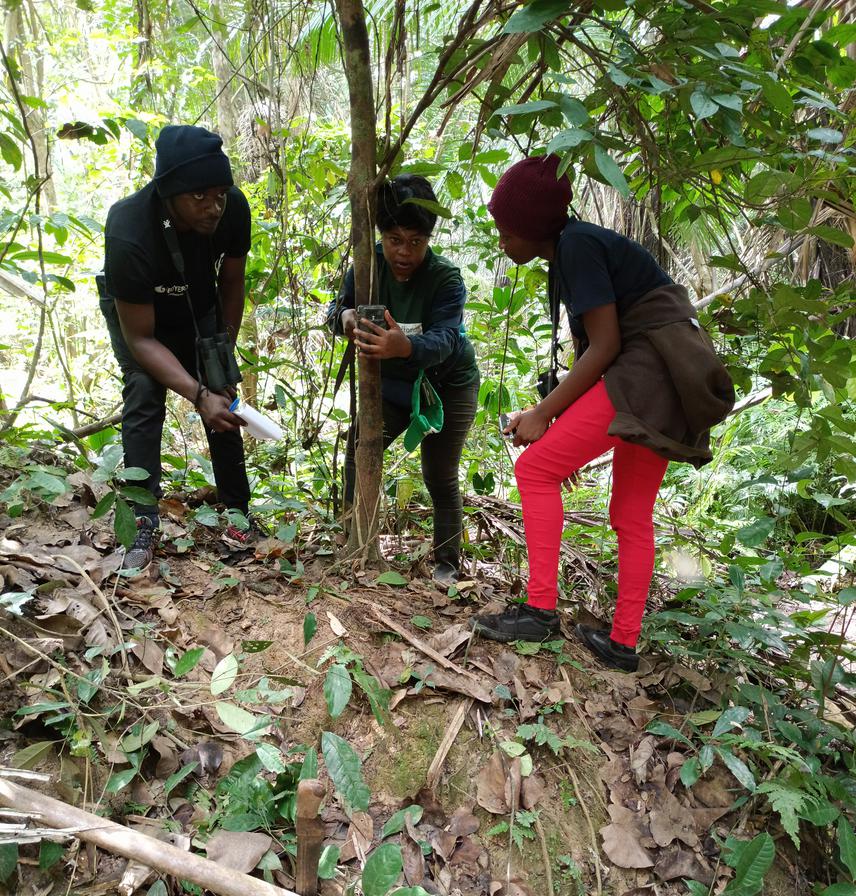 These species are known to be endangered according to the IUCN Red list of classification. Recently, there have been several cases of apes’ slaughter reported around the Deng-Deng National Park with evidence of high demand for apes’ products. According to the Last Great Apes Association, recent cases have been reported where apes head, bones and limbs are removed and the full body for meat left behind. These body parts are easily being transported there by encouraging poachers to kill more animals than previously done.

This project will which seeks to restores wildlife populations in the area and rescued species from local extinction will; reinforce the capacity of 15ecoguards and 5 community ﬁeld guides for eﬀective patrols; conduct survey of market patterns, supply-chains, and quantity of apes harvested per season and lastly conduct awareness-campaign in 10 villages around the Deng Deng National Park. For an effective conservation action to be adopted for the Deng Deng National Park, the route, markets, quantity of Apes harvested and the consumption behavior of ape’s product has to be known and constantly monitored to avoid extermination and to secure the richness of biodiversity. Information on the black markets, supply chain and routes of illegally harvested Apes and other wildlife products will help policy maker and park managers in policy formulation and effective planning of patrol and forest surveillance missions.

Building the capacity of ecoguards and community field guides will give them the confidence to survey large areas of the park thereby ensuring effective law enforcement and monitoring of park entry and exit point to deter and reduce illegal wildlife crimes.

Sustainable sensitization to raise the awareness of local communities will also go a long way to change their consumption behavior towards apes and other wildlife products.

The results and information obtained from this project will be used to produce a strategic document (plan) that will help policymaker (Ministry of Forestry and Wildlife, Cameroon through the divisional delegation of Forestry and Wildlife Lom et Djerem division) and park managers (conservator) in policy formulation and eﬀective planning of patrol and forest surveillance missions. Result of our findings will also be made available online for other researcher to be used as reference.