Plant Trees is Not Enough: Genetic Variability is Necessary to Maintain Viable Populations in Forest Restoration

Overall, our work aims to evaluate the efficiency of a restoration project in establishing genetically viable populations over generations by assessing the genetic parameters of Plathymenia reticulata Benth, a tree species very commonly employed in restored areas in the threatened Brazilian Atlantic forest. We aim to understand how the landscape context affects genetic diversity in restored and natural remnants; and the identification and characterization of barriers for the gene flow to occur (rivers, hills, roads, as well as the surrounding land use classification). Thus, it will be possible to identify the influence of landscape context on gene flow, and provide subsidies for new restoration strategies, in addition to describe the restoration efficiency for connectivity among fragments. 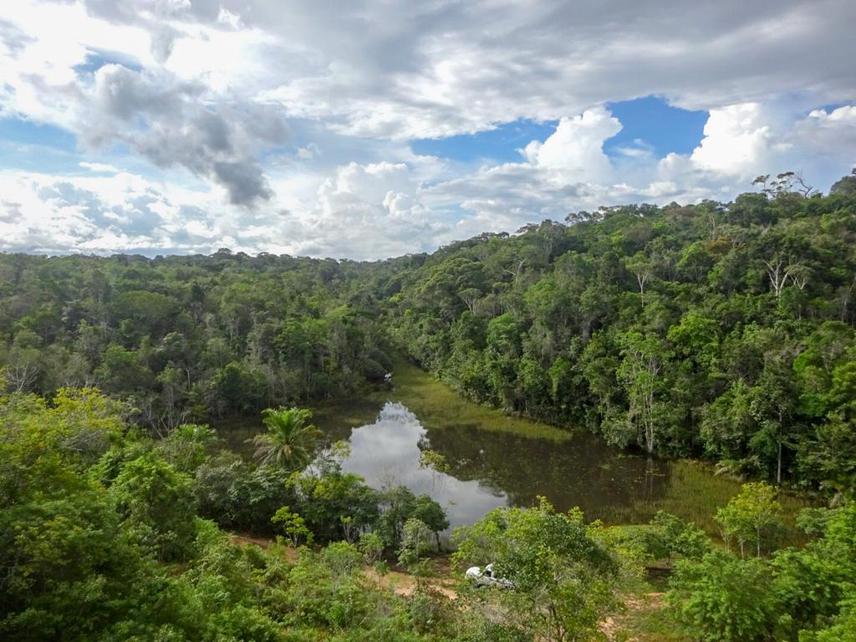 The diversity of alleles of a given population is the raw material from which evolution operates, allowing the population to adapt to local changing conditions. Therefore, when using propagules from populations in natural remnants, it is crucial to evaluate to what extent the populations gene pool in restored areas is genetically representative of the species as a whole. In addition, increasing evidence have showm that local genetic patterns such as gene flow are influenced by landscape context. For instance, while landscapes comprising of high amount of forest cover and/or permeable matrices favour gene flow among forest remnants, the increasing distance among patches is a major barrier. We will compare the genetic parameters (average number of alleles per locus, allele richness, number of private alleles, the effective number of alleles, observed and expected heterozygosity under Hardy-Weinberg equilibrium, and fixation index) of populations sampled in natural forest remnants with restored areas, assessing the potential influence of landscape context in these parameters for the studied tree species. With the results of this project, it will be possible to suggest strategic areas for restoration in Atlantic forest as well as identify landscapes more suitable for forest restoration, which can help in guidelines for practice restoration programs.

Genetic diversity is an important component to be considered in restoration strategies, since it can promote adaptability and resistance to abiotic and biotic disorders. With the genetic tools currently available, it is possible to monitor the restored areas, to investigate connectivity between populations of nearby areas, and to understand whether the regenerating keep the genetic diversity in order to assure viable populations by reducing genetic structure. In addition, the report of similar genetic diversity estimates between populations in natural and restored remnants would be promising results for the conservation of the Brazilian Atlantic Forest. Indicating the effectiveness of forest restoration in maintaining the genetic diversity of key plant species and, consequently, the potential for self-perpetuation of restored communities. In addition, forest restoration is a way of connecting remaining fragments across the landscape through gene flow, which will contribute to the long-term resilience of tropical forests inserted in human-modified landscapes in the current scenario of environmental degradation.