The main objective of this project is to evaluate the connectivity, diversity, and genetic structure in natural and restored populations of Acropora spp. using single nucleotide polymorphisms (SNPs) will allow higher resolution population genetics analyses, which will increase the effectiveness of the restoration programs in the Mesoamerican Reef. This project will generate information that will orientate reef restorers: 1. To better plan field trips during mass spawning events based on the geographical location of different genotypes. 2. To improve the management of coral colonies propagated in the nurseries by having better control of genotypes representation. 3. To select the out planting sites to enhance genotype diversity and gene flow between different sites. Also, the main results will be shared with the local community, site managers, key actors and academics in coral reef in Quintana Roo and Mesoamerican Reef. 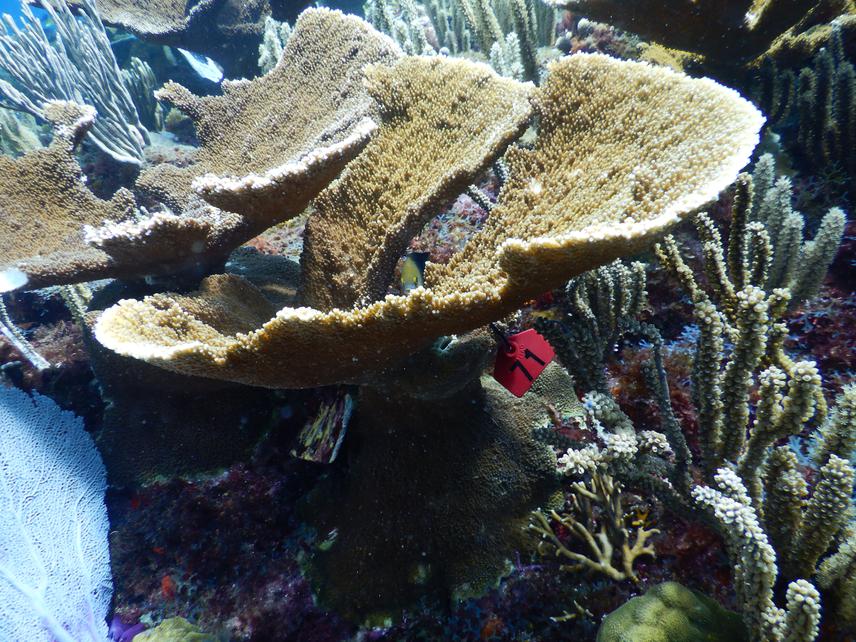 Red number tags mark the colonies that were outplanted by CRIAP-INAPESCA in Cuevones Reef north of Cancun, México and that they will be genotyping. © Andres Morales, CRIAP-INAPESCA.

During the last decades, coral cover in the Caribbean decreased beetwen 80% and 90%, mainly due to the loss of Acropora palmata and Acropora cervicornis populations. As a response to this decline, in different locations of the Mexican Caribbean, restoration programs have been developed. However, genetic diversity studies on coral species are very scarce and have not been integrated into the Mexican Caribbean restoration programs, due to the lack of resources and the complex logistics required. For this reason, the main objective of this project is to evaluate the connectivity, diversity, and genetic structure in natural and restored populations of Acropora spp. using single nucleotide polymorphisms (SNPs) in the Northern Mexican Caribbean. 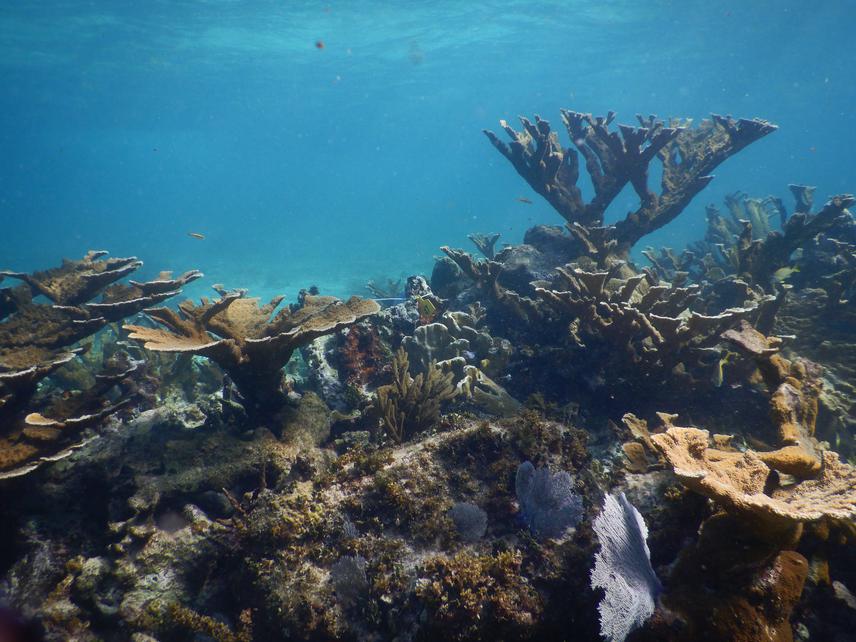 Besides, by georeferencing and identifying genotypes from donor colonies, different genotypes can be chosen for coral propagation, which will increase the likelihood of fertilization by sexual reproduction to enhance genetic diversity in transplanting areas. This work will advance in understanding the little-known natural populations diversity and geneflow of the two most important coral builders in the Mexican Caribbean. All this information will feedback and orientate better decision making to site managers. This work lies in a collaboration between academic institutions, government agencies, and NGOs, promoting genetic diversity conservation and connectivity in current and future Acropora spp. restoration projects. The main results will be shared with the local community and key actors fostering coral reefs restoration in the Mesoamerican Reef, through a conference, scientific papers and conservation magazines.