This project harnesses novel applications of environmental (e)DNA metabarcoding for ecological and population genetic research in Mexico’s Xochimilco wetland system, specifically to monitor the Critically Endangered axolotl salamander. This powerful approach will not only provide occupancy data for the axolotl, but the potential to investigate the genetic variability, and thus viability, of the remaining wild population. Furthermore, it will provide an ecosystem-wide ecological assessment of the entire aquatic vertebrate community, including other endangered species (such as Tlaloc’s leopard frog, the Chapultepec splitfin and the shortfin silverside) and non-native species detrimental to the axolotl (i.e. Nile tilapia and common carp). Findings of this study will thus be vital to the future management and conservation of this World Heritage Site. 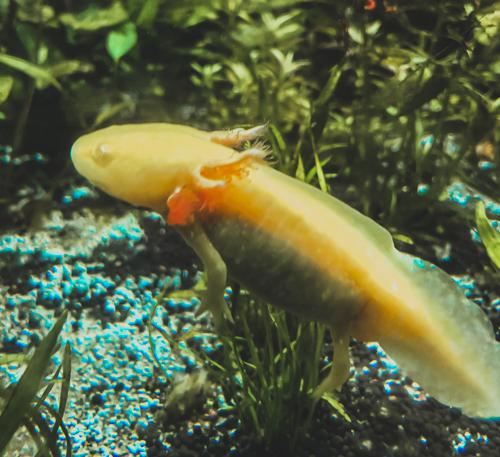 The axolotl salamander (Ambystoma mexicanum) from Lake Xochimilco (LX) is Critically Endangered in the wild due to severe environmental pressures. Urbanisation from Mexico City, one of the world’s largest conurbations, and the introduction of non-native freshwater fish species has drastically reduced the remaining wild population to ~35 individuals per Km2 in the 2015. However, these rare and secretive animals prove hard to monitor using traditional methods (nets or atarrayas) in the complex system of water bodies and canals of LX. The freshwater native fauna of this wetland have played an important role in human cultural history, present in the pre-colonial traditions of the Mexica and currently an important symbol of the biocultural heritage of modern Mexico, highlighting the critical need for a new research and monitoring framework for the wildlife of this unique wetland. By using environmental DNA (eDNA), a game-changing tool for biomonitoring, this project will survey LX in detail allowing non-invasive sampling to be undertaken in places where traditional surveying cannot be applied.

Resulting eDNA data will identify the occurrence of the axolotl across its range and provide occupancy data for the entire aquatic vertebrate community, which includes other threatened native freshwater species, and possibly other salamander species. Specifically, I will investigate whether the presence of non-native species is detrimentally impacting the axolotl and other native species by generating occupancy models, and if pollutants correlate with the distribution of axolotl populations. Using eDNA data, I will also investigate the genetic variability (and thus viability) of the axolotl population, and whether there is any evidence of genetic introgression with other ambystomatid salamander species. The novel results from this study will inform conservation policy and planning for this iconic amphibian species and its unique wetland habitat. Furthermore, this project should also provide a major driver for setting-up future eDNA monitoring of Mexico’s many other freshwater taxa, particularly for threatened, rare and cryptic species