This project aims at promoting the recovery of the vulnerable West African Dwarf Crocodile in Southern Ghana’s Wewe catchment area. 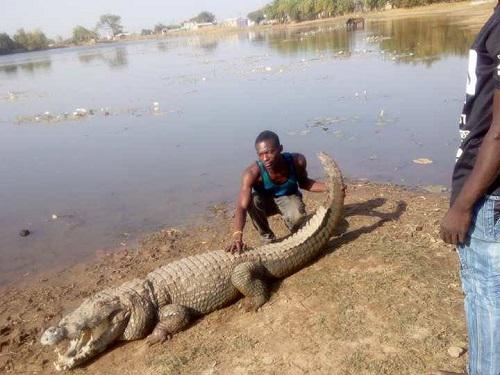 The Wewe Catchment is one of the most extensive watersheds in southern Ghana which provides suitable habitats for diverse flora and fauna including the vulnerable West African Dwarf Crocodile (Osteolaemus tetraspis. The Catchment comprises communities including Ahensan, Knust, Kentinkrono, Ayiga and Ayeduase with the inhabitants benefiting from fish, fuel wood and medicinal plants. In 2016, expeditions by SAVE THE FROGS! recovered two Dwarf crocodiles along habitats of the KNUST-Ahensan tributary of the Wewe catchment. Unfortunately, this riparian habitat has shrunk by 80% due to farming and urbanisation. Local people also hunt crocodiles for food. Coupled with these threats, the Dwarf Crocodile remains the least studied of West Africa’s three crocodilian species, thus, there is no quantitative information for its conservation. 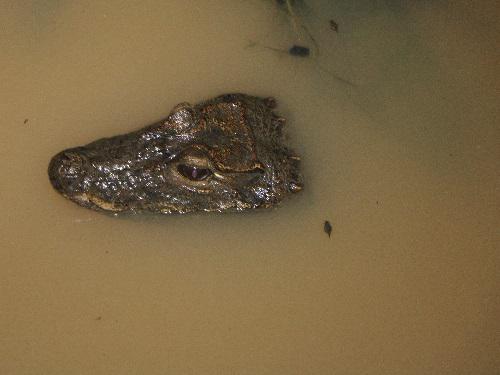 i. How many Dwarf Crocodiles live in Wewe Catchment?

ii. Which areas do Dwarf Crocodiles live? and;

iii. What factors determine the distribution and abundance of Dwarf Crocodiles?

To improve habitat quality for the Dwarf Crocodile along the river catchment, we will involve community members, students, school children and forestry professionals to restore degraded habitats with an estimated 1000 native trees. We will also develop and launch an intensive education programme, with which we will create awareness in five local communities on the importance of crocodiles and their Wewe Catchement habitat.

Crocodiles are keystone wetland species regarding particularly their potential in recycling of nutrients, and maintenance of macro-habitats for smaller aquatic organisms. This means their occurrence at Wewe Catchment is crucial to the stability and functioning of the overall ecosystem. The sustainable management of Wewe Catchment as we seek to achieve on this project will also ensure the continuous provision of water, food and fuel for local inhabitants.