The West African Dwarf Crocodile Osteolaemus tetraspis is listed as Vulnerable by IUCN and on Appendix 1 of CITES. It’s also on Schedule 1 of the Ghana Wildlife Conservation Regulations, which completely prohibits the capturing or hunting of the species. However, our work to date, funded by our first RSG, established the expansion of vegetable farms, hunting for food and widespread negative perceptions to be the most persistent threats to the Dwarf Crocodile in southern Ghana’s Wewe River. For instance, six Dwarf Crocodiles were killed in 2018. Nearly all the local people we interviewed (96%, n=50), perceived crocodiles as harmful to humans and wanted their numbers to decrease. 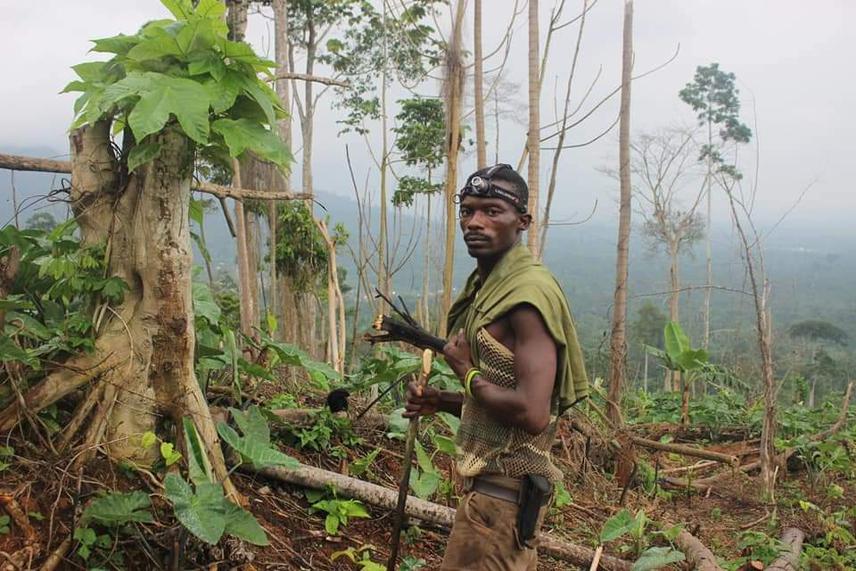 The main objective of this second RSG is to increase community participation in Dwarf Crocodile conservation to ensure the species perpetual survival in the Wewe River Catchment. Specifically, we will: (a) identify and promote livelihood-focused interventions to reduce hunting of the Dwarf Crocodile and encroachment into its critical habitats for farming; (b) delineate and protect Dwarf Crocodiles nesting sites; and (c) reduce crocodile persecution through community engagement and education campaigns; and (d) extend surveys to the neighbouring Subin River where crocodiles have been reported (https://www.graphic.com.gh/news/general-news/crocodile-in-subin-river-scares-kumasi-traders.html).

This project is expected to achieve the following conservation outputs:

A. Produce technical reports detailing alternatives to the hunting of Dwarf Crocodiles and farming in critical habitats.

D. Outline benefits of Dwarf Crocodiles, which will stimulate the attitude of local people to protect the entire ecosystem and coexist with these species.