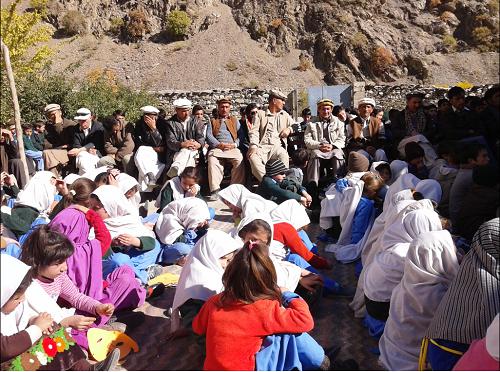 Gehrate Gol Community Game Reserve lies in the south of Chitral town along the left bank of Chitral River. The game reserve (950K km2) is considered to be one of the “Home of Snow Leopard” and most isolated places in Chitral. A human carnivore conflict due to livestock predation to large carnivores like snow leopard, Himalayan Lynx, wolf and Fox has risen sharply in recent years. Assessment shows that during 2013-2014, 632 livestock depredation cases were recorded from the area and in result of retaliatory killing more than 96 carnivores were killed by the local people. It has identified human carnivore conflicts as major conservation issue and need to be address on urgent basis. If we can secure these carnivore populations in the long term this will have broader biodiversity and social benefits for the local people. These carnivores have the potential to generate. Similarly, there are currently serious threats to the large carnivores from people, including retaliatory killing as a result of human-carnivore conflict, indiscriminate snaring, the sport hunting of underage individuals (snow leopard) and various disease risks, Mitigation in Gehrate Gol Community Game Reserve Chitral, Pakistan.