Our baseline study in Shaktikhor in 2019 and 2020 examined the critical relationship the Chepang community shares with nature and wildlife. Bats, in particular, are significant for this community for two reasons; 1. as a food source for the Chepang people and 2. as an important pollinator of Chiuri (Diploknema butyracea), or Butter Trees, one of the most important plants used by this community. Chiuri is used by Chepang for medicine, food, agriculture and cultural traditions. Bats, particularly medium-sized fruit-eating bats such as Rousettus leschenaulti, and Eonycteris spelaea are the major pollinators of Chiuri plants.

During our previous study, the Chepang communities reported the decline of Chiuri trees and bat population in their locality. It was also identified that the majority of Chepang people lacked knowledge about bat’s role in pollinating Chiuri. Results indicated anthropogenic and environmental factors to have a major impact on the bat population of Shaktikhor. 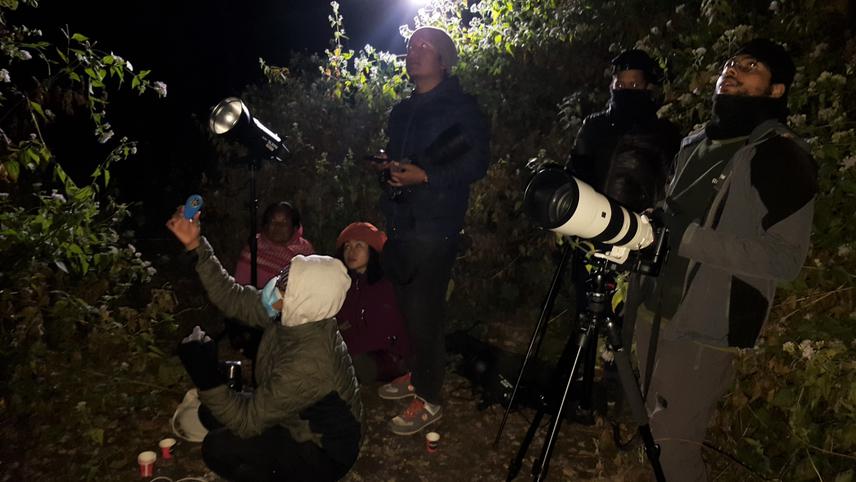 Adding to this, bats have gained a bad reputation ever since COVID-19. As such, it is important to spread awareness of bats’ role in the ecosystem in the Chepang community and the larger audience. Similarly, Chepang communities need to come forward as the guardians of these flying mammals in order to protect their culture and unique belief system associated with Chiuri which in turn is interrelated complexly with the fate of bats.

The objectives of the project are:

- Survey abundance and distribution of chiuri within the Chepang Heritage Trail.

- Increase food availability for fruit-eating bats in the project area.

- Spread awareness about fruit-eating bats’ role in pollination and seed dispersal of chiuri.