2. The identification of economic and socio-cultural causes of the trade:
a. To understand the economic situation and the income diversification.
b. To assess the importance of tortoiseshell trade for family income.
c. To identify the motivation of customers to buy tortoiseshell products. 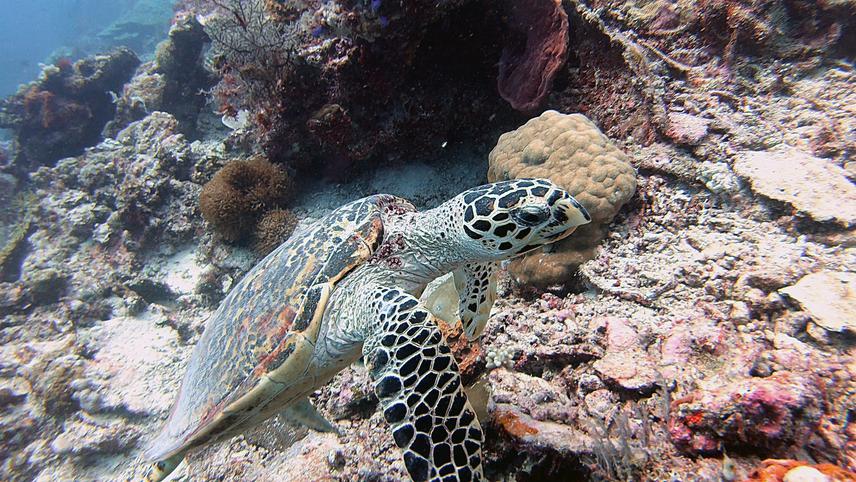 Hawksbill turtles (Eretmochelys imbricata) are listed as critically endangered species in the IUCN Red List. The main threat that driving hawksbill turtles to extinction is especially unsustainable take and use in Asia-Pacific to manufacture tortoiseshell jewelry and other decorative products. Indonesia is historically largest producent of tortoiseshell, unfortunately, only limited information exists about characteristics of domestic hawksbill turtle use and trade.

This project will use community-based approaches (questionnaires, interviews) and market surveys in selected areas in Sumatra, Indonesia to identify characteristics of hawksbill turtle use, trade, involved stakeholders, but also perceptions and attitudes towards conservation. Besides this, the project will bring new information about trade volumes, market prices, and origins of harvested hawksbill turtles. Results from the field study will particularly bring information for future research and conservation management.

During the fieldwork, at least 100 questionnaire surveys and 20 interviews will be conducted in selected areas with community members, people involved in the tortoiseshell trade, government stakeholders, and NGO workers. Also, seminars for local government representatives will be managed in at least 5 areas of turtle use and trade. The aim of the seminars is to promote the conservation of hawksbill turtle in areas where are the hawksbill turtles the most threatened.