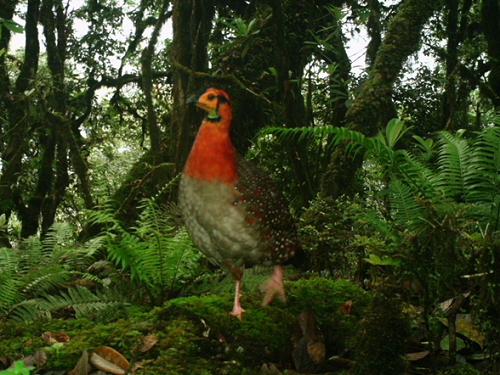 The Blyth’s Tragopan is one of the rare birds of Bhutan under Pheasant group and it is classified as vulnerable by the International Union for Conservation of Nature (IUCN) and Birdlife International. It is legally protected in all countries, under CITES appendix I. The estimated total population of Blyth’s tragopan worldwide is said to be around 2500 to 9999, which is considered to be very small in number compared to relative birds (Birdlife International, 2015). 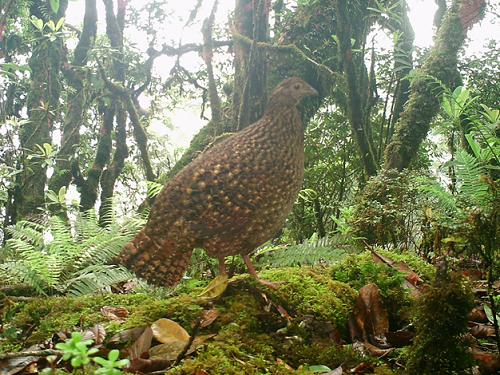 The habitat use and conservation threats of Blyth’s tragopan will be conducted in Jomotshangkha Wildlife Sanctuary in Samdrup Jongkhar. It comprises of small valleys and plains along the international border to rugged terrain and undulating hills towards the north. The altitude of study area ranges from 200 to 2300 m above sea level. The vegetation of the project site comprises of warm broad-leaved to cool broad-leaved forest interspersed with Bamboo in some area.

With no studies being carried out on this bird, the status remained unknown in Bhutan. The lack of information on management strategies has impeded the conservation efforts. Through this study, the habitat distribution and threat assessment will be done and locate potential habitats for conservation of this bird in JWS.

The conservation information obtained will help the park management in developing proper management strategies to conserve a least studied bird of Bhutan. The findings will also contribute to build-up literature basis for conservation need of Blyth’s tragopan in Bhutan. In-depth, scientific research generated will form scientific opinion on the global status of this species and call for regional cooperation to save this vulnerable species from extinction. It will also serve as basis for future research on this bird with respect to climate change and species migration.