The aim of the project is to repopulate the coral community at degraded sites in India without compromising genetic diversity. To repopulate, we rear natural coral recruits from an artificial structure (AS, Natural laboratory & Donor site), deployed where the natural settlement site is unstable/unavailable for the larvae to settle. To rear recruits, we will fix retrievable settlement tiles in the (AS) for the larvae to settle. Once larvae settle on tiles, tiles with recruits will be retrieved and transplanted to increase coral cover at degraded sites. Retrieved tiles will be replaced with new tiles to acquire the next set of recruits. We expect to collect a minimum of 1000 recruits every year through retrievable tiles for transplantation. Besides, this project strengthens community participation in conservation through awareness programs. 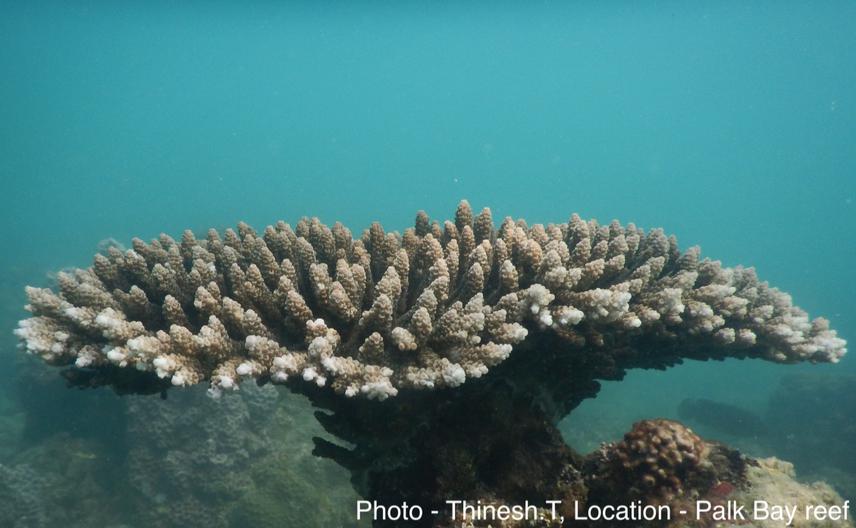 Extensive reef degradation and recruitment failure have prompted scientists worldwide including in India to adopt restoration efforts to replenish degraded reefs. In the restoration effort, scientists secured fragments from injured colonies or recurring colonies from threatened inshore habitats to outplant them in the degraded site. Although restoration increase the coral cover, they fail to sustain genetic diversity as transplanted corals are i) dominated by fast-growing coral genera (difficult to acquire small fragments in massive corals) ii) lose its sexual reproduction potential (a gametic incompatibility of genets to a new environment) iii) susceptible to disease outbreak and climate-induced bleaching threat. To overcome these limitations Now worldwide efforts are being taken to breed corals in tanks and transplant them onto reefs. Although this method minimizes diversity loss and allow us to collect massive corals, this method has its own limitations to replicate at every location i) requirement of expensive laboratory and expertise to carry out breeding ii) difficult to collect and maintain egg and sperm (happens only once in a year for 5 minutes at night).

In this project, Our idea is to provide a suitable substrate for larval settle (retractable tiles). Once recruits are attached to tiles, tiles can be removed and replaced with new tiles for a new set of recruits. This set up acts as a permanent donor site to acquire an inexhaustible natural recruit every year for transplantation. Acquired recruits enable us to increase the live coral cover over the long run through transplantation without disturbing natural reefs.

iii) Provide an opportunity for scientists and research scholars to conduct in situ manipulative experiments to understand the coral adaptive mechanisms and recruitment dynamics.

vi) Provide a long-term practical solution in the area of coral restoration.