This project intends to identify different factors that prevent adult people to use contraceptive methods as contributively way to limit pressure and forest dependence on protected area of the forest, it will also identify reasons for unmet to family planning among community living around Nyungwe National Park, this intend to reduce unplanned births, secure socio economic and reduce poverty which will prevent people’s lives depending on biodiversity resources such hunting, poaching, mining and so forth and in return will befit many of species living within the forest. This project will show up attitudes, knowledge, perceptions and practice regarding to family planning so that interventions will be made for knowledge translation, advocacy and planning. Finally, will engage conservationists and health agencies to joint collaborate for one health approach for the benefit of ecosystem 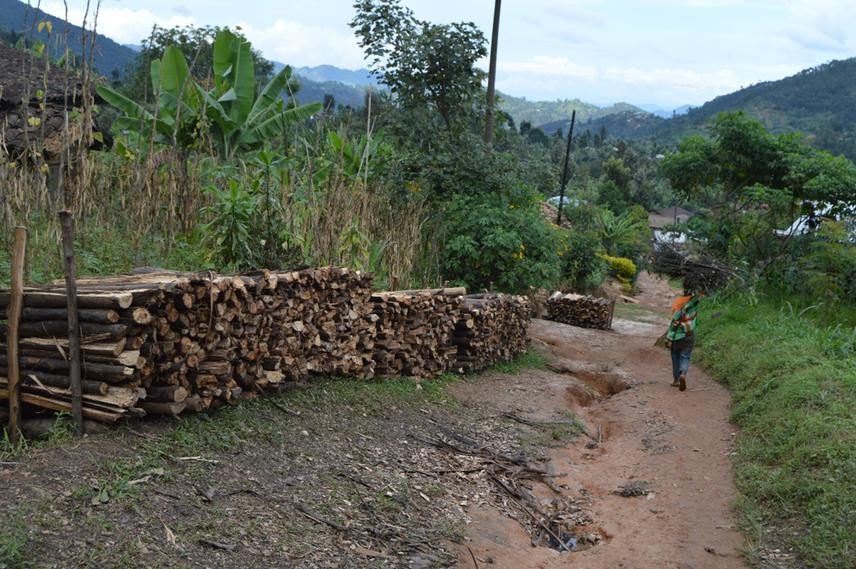 Firewood collections were packed up for market opportunities.

In Rwanda data revealed that 47% of all pregnancies in the country are unintended and each year 37% of births are unplanned (Basniga P et al, 2012) this generate increasing pressure on existed area due to population density. Nyungwe park remain among most densely populated areas of Rwanda with 400inbaitants/km2 (Plumptre et al, 2004) and is expected to double after ten years ahead due to high fertility among reproductive adults people, this enforce the burden to initiated commitments of poverty reduction and environmental biodiversity conservation due shortages of resources among people around the forest, according to EICV52018 69% of this community live under poverty line, conservationists reported that extreme poverty in community surrounding Nyungwe park is the most cause for people to depend on protected area of the forest and persist as big challenges of sustainable biodiversity conservation (MASOZERA, 2002). despite investment in awareness and community financing projects to protect biodiversity, Nyungwe park managers reported that low economic status and poverty remains the greatest burden of sustainable biodiversity conservation (Ian Munanura,2002) and was recommended use of family planning to mitigate issue of the rapid pace and means for economic security (NNP 2012). However, there is no data showing the limit of its uptake.

This present study is needed to investigate factors that inhibit adult peoples to use contraceptive methods so that the intervention will be taken to reduce emerging pressure on conservation area of Nyungwe Park. This project will provide evidence on situation of contraceptives usage, generated information will help park managers to understand attitudes, knowledge and practices of adult peoples living around Nyungwe Park about family planning practice as mean to reduce pressure on protected area. The work will benefit park managers for future planning to collaborate with health agencies, as result in reduction of economic hardship among families and easy pressure of forest dependence on Nyungwe Park. Many conservationist organizations lack or fail to integrate the population, health and environment into biodiversity conservation. Thus, this work will be a baseline for future policy makers, conservationist’s agencies, researchers and governments, that need to contribute on conservation of Nyungwe Park and biodiversity in general setting out strategies and engagements to more benefit biodiversity industry.