Realising that wildlife is becoming under increasing pressure from human development across the globe through the development of linear infrastructure such as roads, railways and powerlines, it is important that the potential threat that these structures pose to wildlife be quantified. These massive infrastructural growth form part of the government's strategy to boast continental, national and local economy, however they also have a potential to pose threats to the integrity of wildlife as they reshape natural landscapes. In a world wherein transport infrastructure is rapidly expanding, the understanding of the spatial and temporal patterns of wildlife roadkill as an ecological threat to biodiversity is becoming relevant. Although efforts to quantify and reduce wildlife roadkill on roads that traverse protected areas are widely explored globally, roadkill incidents that occur on road networks that are outside boundaries of protected areas often get neglected. Less attention has been given on investigating the patterns of wildlife roadkill on roads that cut across landscapes that are outside protected areas despite massive roadkill casualties that are usually witnessed around these regions. This will unfortunately hamper conservation plans that are aimed at developing roadkill adaptation and mitigation measures on our African road networks and further excludes these highways when mapping hotspot areas for wildlife roadkill. 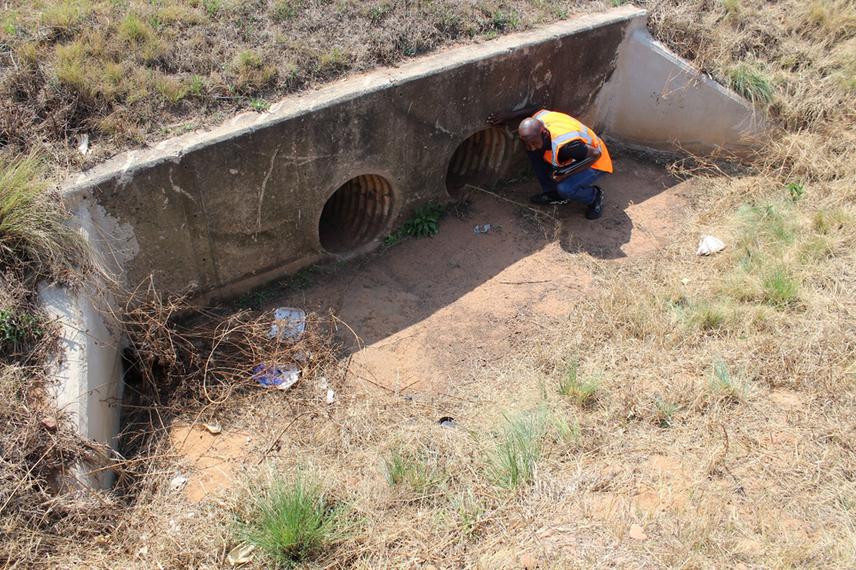 The TRAC N4 Toll Route passes through landscapes that are human modified in the form of residential, commercial and agricultural areas (livestock and plantations). This makes the highway be recognised a potential hotspot for wildlife roadkill. In this project we intend to assess wildlife roadkill and explore animal activity and behaviour within the vicinity of the highway. The project will further investigate the existing road structures (i.e., culverts, tunnels etc.,) that were designed for storm water drainage and human passage, on road sections that were identified as potential hotspots for roadkill on the N4 Toll Route. A trial of mitigation measure for wildlife roadkill will be established by modifying the road structures into becoming underpass crossing structures for wildlife and deploy camera traps to assess their efficacy in reducing the incidents of wildlife roadkill.