Intensifying Eﬀorts to Rediscover and Save the Last Mountain Toads of Mount Bamboutos, Cameroon

The Mount Bamboutos form the northern portion of the Highlands of Cameroon, an area of exceptionally high amphibian endemism (Bergl et al., 2007). The mountain has a high human population density, leading to historically extensive habitat loss due to increased agricultural activities as well as disturbance by cattle in their breeding habitats (streams) and fire. As a result, many of the species’ endemic that are ecologically distinct, highly threatened [(Werneria bambutensis (Small Tongue Toad) (CR), Wolterstorﬃna mirei (Bamboutos Wolterstorﬀ Toad) (EN)] are listed as threatened by the IUCN. More recently, community level amphibian population declines have been reported in association with disease (chytrid fungus) with possible links to climate change in Cameroon (Hirschfeld et al., 2016, Doherty-Bone & Gvoždík 2017). Detailed knowledge of the ecology of these animals however remains very limited, though recent stratified habitat surveys have not found these (Tchassem et al. In Press). 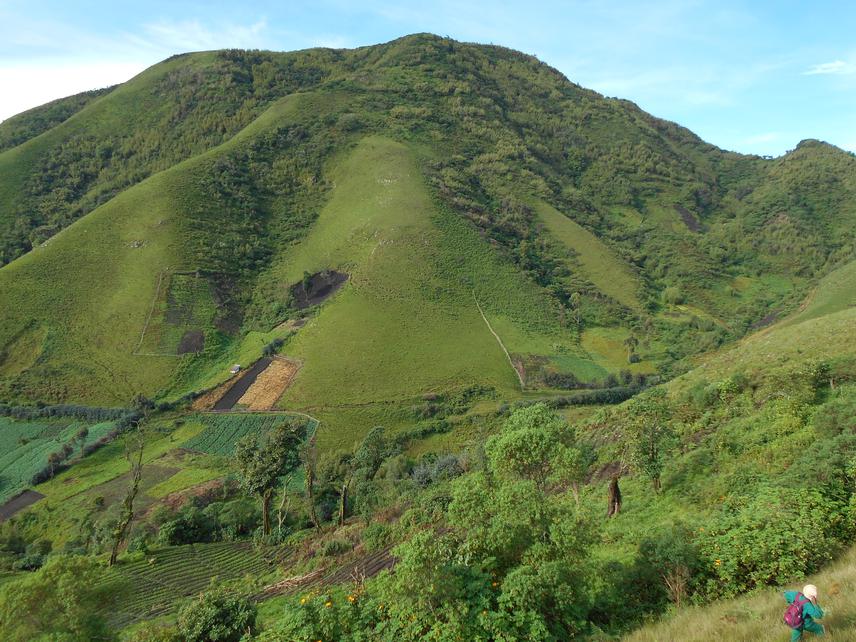 The project aims to locate remnant toad populations and work towards habitat management and restoration in collaboration with the local community. The work is going to achieve the following:

- Assess the presence/absence of chytrid fungus on the focal species and threats to the amphibian survival.

- Collaborate with local communities to protect and restore mountain forest through reforestation programmes.

- Reinforce local awareness of the species’ conservation needs and sustainable use of natural resources to conserve the habitat of W. bambutensis & W. mirei.