M. emys is a critically endangered species under IUCN inhabiting the forest ecotones of Northeastern India. This project contributes toward the threat elimination through the participatory approach and pave the way to reintroduce/supplement captive bred tortoises in designated area. The basic objectives of the project are: 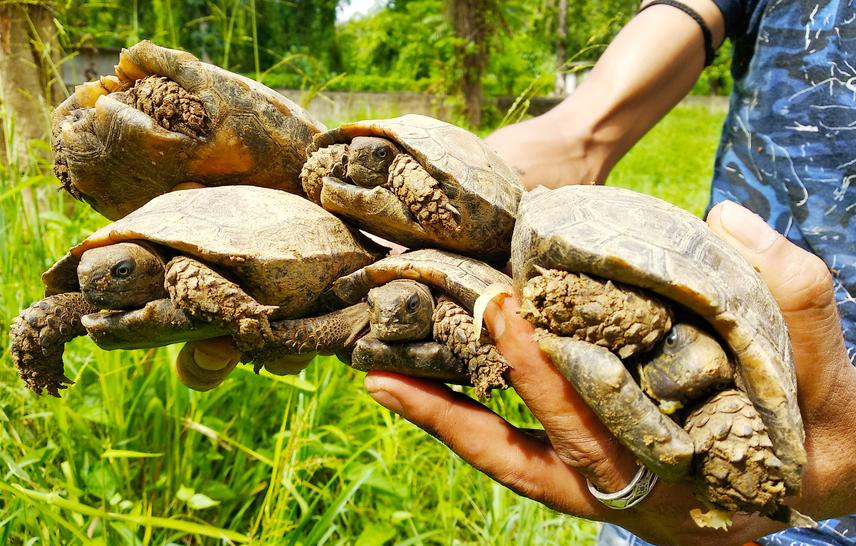 The proposed study will document the unknown extant wild individuals of M. e. phayrei along two selected locations of Nagaland while encouraging participatory conservation using support from local communities, the Nagas. Educational campaigns and capacity building programmes will be organized throughout the project period. 10 captive-bred juveniles will be deployed with very high frequency (VHF) transmitters and released on pilot level to understand the survival and dispersal after removing direct threats perceived for loss of original population. Finally, all the information obtained on available habitat as well as dispersal and survival of the captive bred tortoises will be compiled into GIS maps. This project will complement Turtle Survival Alliance’s long term ex-situ conservation breeding project for this species in selected zoos of the region. The motive to be accomplished is to instigate a strong link between in situ and ex situ populations so as to once again fill in the wilderness with its very own species and improve its threatened status in the long run.