Forest, Fire, and her Kitchen: Understanding Social and Ecological Impacts of Litter and Canopy Fires in the Dry Deciduous Forests of South India

This research emerges from previous studies on the fire-lantana relationship in the dry deciduous forests of Western Ghats, where local communities believe that suppression and prohibition of traditional use of low intensity fire “litter” fires, has contributed to proliferation of the invasive species Lantana camara (Hiremath and Sundaram 2005), increased the availability of fuel, and in turn, increased high intensity “canopy” fires (Rai et al 2018). Fire has the potential to significantly alter the biomass (Pausas and Dantas 2017), plant growth forms (Bond and Keeley 2005), species composition (Bond and Keeley 2005), and plant functional traits that impact their fitness (Violle et al 2007; Ratnam et al 2019). In MM Hills there is growing concern about more frequent canopy fires, as these have the potential to put both ecosystem and people at risk. 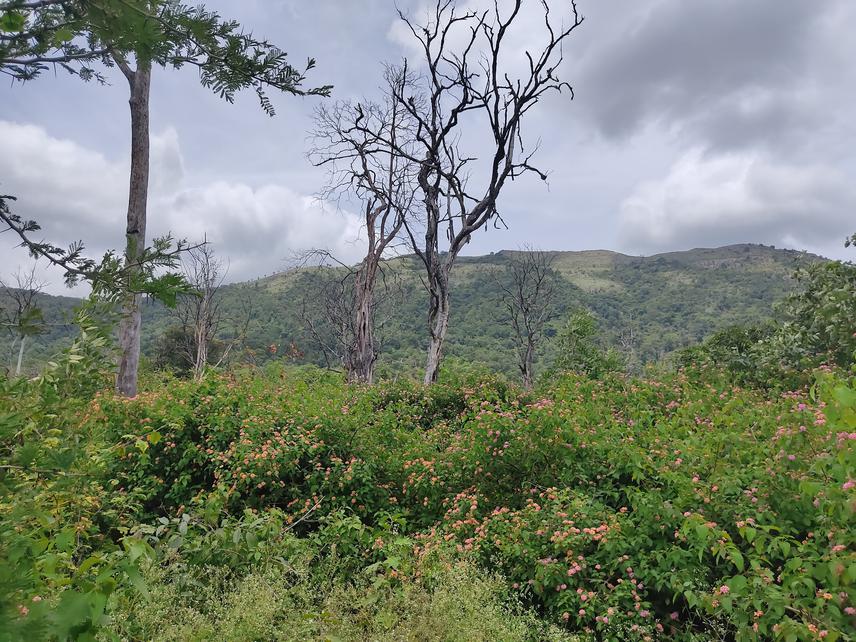 During preliminary recce in the dry deciduous forests of MM Hills, we observed that the community perceives, wild plants are becoming rare and disappearing from the forests due to lack of traditional management and collection practices, including the use of seasonal litter fires. This project aims to identify the effects of changing fire regimes on (i) forest composition, diversity, structure, and aspects of function in MM Hills’ dry deciduous forests; and (ii) the corresponding impacts on wild food systems of Soliga and Bedagampana communities living within the sanctuary. This information will be used to develop biocultural strategies for conservation.