Pollination Services of the Flying Foxes on Ecologically and Economically Important Plants in Sulawesi, Indonesia

This study aims to increase understanding of the extent of pollination services provided by flying foxes in Central Sulawesi (Jun-Dec2017), Indonesia, highlighting the ecological and economic importance of these unique animals. 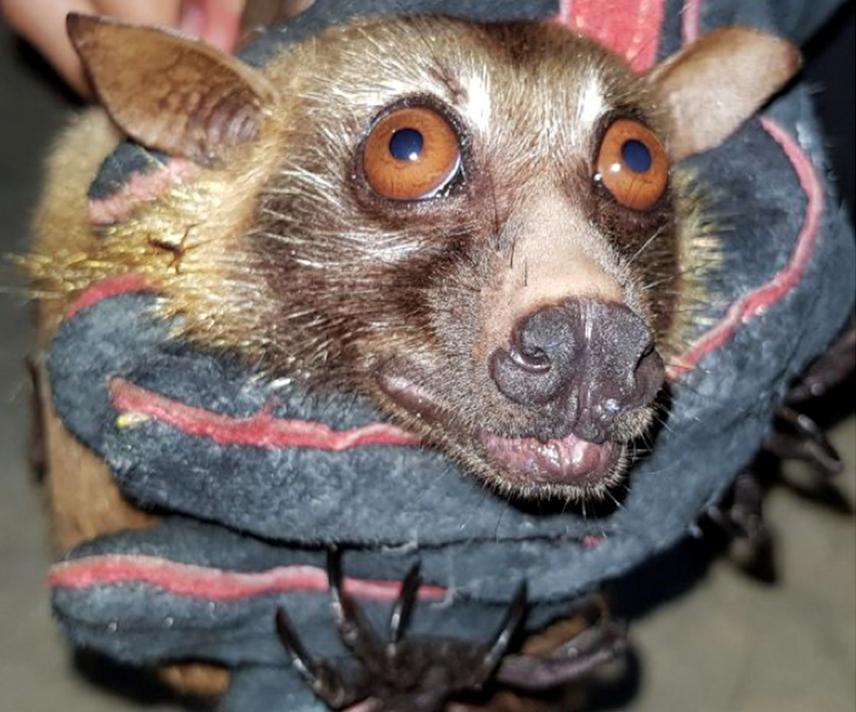 This study investigates the mutualism between flying foxes and tropical plants in Indonesia that are still unknown. The flying fox species are the common Black Flying fox (Pteropus alecto alecto) and endemic Sulawesi flying fox (Acerodon celebensis). Although P. alecto is listed as Least Concern globally, the subspecies in Sulawesi, which is the nominotypical form (P. alecto alecto), is in need of special attention because of the intense hunting pressure. Acerodon celebensis was recently listed as Vulnerable in the IUCN Red List of Threatened Species. This research will identify which plants flying foxes visit, and determine the significance of flying foxes in pollinating durian compared to other flower visitors. Ultimately, this work will demonstrate the ecological importance of flying foxes as some of the priority pollinator species in the region, which in turn should enhance enforcement of flying fox colony protection from the pervasive hunting for bushmeat.

This study will also provide important materials for future outreach and awareness campaigns in Sulawesi, and other parts of Indonesia where ecological information of flying foxes are still lacking. My study comprises two parts, first is the flying fox pollination services to durian fruits, and second part is the pollination services of flying foxes on wild tropical trees. For the first part, a floral biology study will be conducted for 30 flowers (max. 5 flowers per inflorescence) in September 2017. Using information from floral biology study, I will carry out pollination exclusion experiments when the stigma is receptive and anthers are dehiscent in September and October 2017. I will also deploy camera traps to measure visitation rates of potential pollinators and capture them to examine the percentage frequency of durian pollen. After that, I will monitor the durian fruit sets from October to December 2017.

For the second part, the flying foxes will be captured twice a month from two colonies on two consecutive nights. The first capture period is in June and July during the rainy season, and the second one is in October and November during the dry season. The plants pollinated by flying foxes will be investigated by examining the pollen attached to the fur and in their faeces.