Ecology, Breeding Behaviour and Conservation of the Endangered Masked Finfoot in Bangladesh

The Masked Finfoot Heliopais personatus is classified as Endangered owing to the drastic decline throughout its range due to numerous anthropocentric factors. This study aims to obtain detailed information on its ecology and biology; these baseline data will play a key role in long-term conservation and management of this species in Bangladesh and rest of the world. 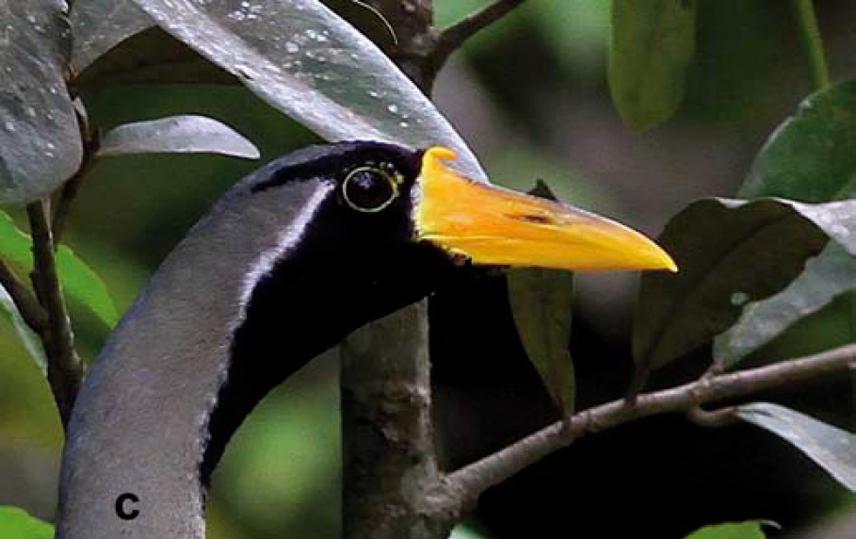 The Masked Finfoot Heliopais personatus is classified as Endangered owing to the drastic decline throughout its range; the decline is mainly due to the destruction and increasing disturbance in the rivers in lowland riverine forests, hunting and collection of eggs and chicks (BirdLife International 2011). The global population is probably as low as 1,000 individuals, yet very little is known about its breeding biology, population trend and potential threats. The Sundarbans of Bangladesh holds a significant population of the Endangered Masked Finfoot. It is thinly distributed from north-east India, Myanmar, Thailand, Cambodia, Laos and Vietnam to Peninsular Malaysia, Sumatra and Java, Indonesia.

Data on its ecology and biology is scanty and it is important to obtain all the baseline information for long-term conservation and management of this species. More precisely, data is deficient on nest densities, egg-laying and hatching dates, incubation periods, foraging behaviour during breeding, the role of the sexes in nest construction and incubation of this globally threatened species (Denzau et al 2008). This study aims: to estimate current population of the Masked Finfoot, to identify the key nesting sites in the Sundarbans, to obtain detailed information on breeding biology, to identify threats and recommend conservation measure to prevent further population reduction. It is imperative to promptly obtain these baseline data to ensure future safeguard of this species. Possibly the biggest threat to the Sundarbans is the sea level rise due to climate change. However, the impact of the climate change on the Masked Finfoot of the Sundarbans is unknown. Only knowing more about this species will help to understand the level of threat due to climate change.

During the project there will be a series of conservation awareness activities and education programs for the local community. The goal is to bring a positive change in perspective and actions towards Masked Finfoot conservation and sustainable use of natural resources. The study also aims to involve students and volunteers, which will motivate the young generation towards bird conservation and research.