The main goals of this study are to describe the cutaneous fungal microbiota in two frog species from the Andes of Colombia that are infected with the fungal pathogen Batrachochytrium dendrobatidis (Bd), but seem to persist the infection. We would like to understand how these fungi interact with the bacterial community and antimicrobial peptides to impede Bd growth and, thus, counteract the lethal potential of Bd. This study will provide fundamental information on the role of the poorly-studied fungal community, and will serve as a basis of future applied research and potential interventions aimed at amphibian conservation. 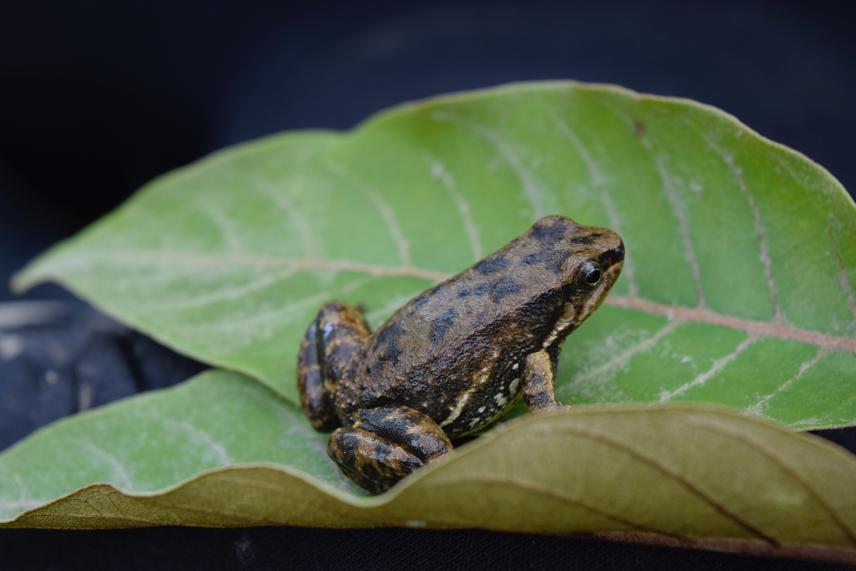 We will study two sympatric species of frogs, the Green Dotted Treefrog, Dendropsophus molitor (Hylidae) and the Palm Rocket Frog, Rheobates palmatus (Aromobatidae). We know that the fungal pathogen, Batrachochytrium dendrobatidis (Bd), has been at this site at least since 2007. While many other high-Andean species in the Eastern Cordillera have disappeared, our two study species have shown no signs of decline. Thus, we consider the frogs here as resistant to Bd, and we need to understand why. In the field, we will capture 5 – 10 individuals in each live stage: tadpoles, metamorphs and adults of both species. Each frog will be handled individually using disposable nitrile gloves and will be kept in individual containers to avoid cross contamination. Individuals will be released at the end of the day. For each individual, we will:

3) isolate and describe the fungal community present in the skin across life stages and between species.

In the laboratory, pure strains will be isolated using direct plating and dilution-plating methods. Each fungal morphotype will be identified using three complementary approaches:

A) morphology, based on microscopic and macroscopic characteristics,

B) molecular identification based on PCR and Sanger-sequencing of the ITS gene, a.k.a., the ‘DNA barcode’ for fungi, and

C) mass spectrometry based on the MALDI-TOF platform. All isolated morphotypes will be tested for anti-Bd activity using two types of challenge assays, in which a given fungal strain isolated from frog skin will be confronted with Bd to quantify inhibitory capacities.

These data will allow us to evaluate which members of the micro-fungi community are potentially playing a role inhibiting or delaying Bd growth in these frogs. Strains active against the Bd pathogen will be subject to an additional test to determine the form of Bd inhibition, i.e., whether Bd growth is impeded by (A) a mechanical effect, as we have seen in a pilot experiment, where the fungus surrounds Bd zoosporangia, or (B) an allelopathic (chemical) effect, where metabolites secreted by the newly isolated fungus slow the normal growth of the pathogen.