The aim of this project is to look at impacts of hunting on 1) hornbill and pigeon abundances, 2) visitation and fruit removal rates of select large-seeded fruit plants by hornbills and pigeons, 3) the spatial patterns of seed dispersal and 4) seedling, sapling and juvenile abundance of large-seeded tree species. 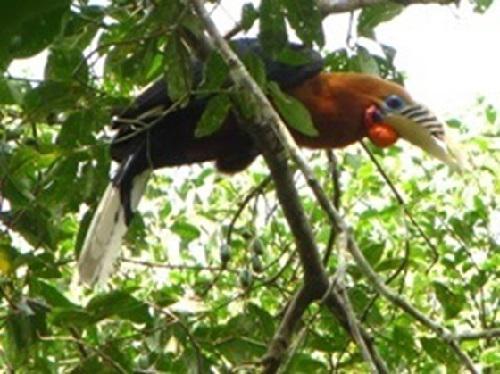 Artisanal hunting and bushmeat trade is a major threat for vertebrates in the tropics. In tropical rainforests, a diverse array of vertebrates ranging from elephants to birds like the hornbills are targeted by hunting. In extreme cases of hunting, species may go locally extinct resulting in an 'Empty Forest' syndrome. Animals interact with plants in diverse suite of processes including pollination, seed dispersal, seed predation and herbivory. This has resulted in an increased interest to understand the impacts of loss of animals, especially vertebrates, on patterns of seed dispersal and plant recruitment. 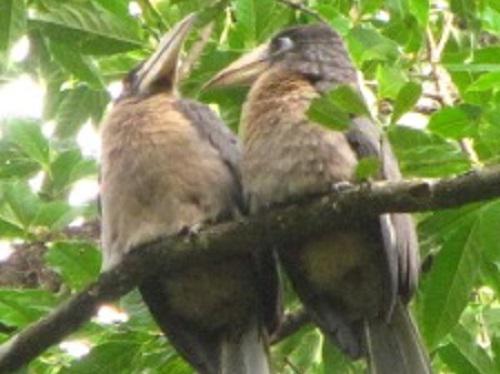 Hornbills are known to be important frugivores in the tropical forests of Asia and Africa. Their ability to ingest and regurgitate seeds of large-seeded fruits without any damage to the seeds sets them apart as crucial and important dispersers for several large-seeded fruiting plants. Seed dispersal is a crucial stage marking the end of the reproductive cycle of plants and beginning of establishment of the seeds and therefore the role played by seed dispersers in governing the spatial distribution of seeds and therefore the plants is important to understand.

Hunting is widely prevalent in north-east India. Hornbills are hunted for their body parts, meat and fat for their consumptive and traditional value. Our previous research has demonstrated the negative impacts of hunting on hornbills. Hornbills have been locally exterminated at a few sites because of hunting. Therefore, as a follow-up to the prior study, we asked whether the decline of hornbills disrupts a crucial interaction between hornbills and its food plants (which are heavily dependent on hornbills for seed dispersal).

The specific aim of this study is to understand how does decline in hornbill abundance affect fruit removal rates and thereby patterns of seed dispersal and recruitment of typically hornbill dispersed large-seeded plants.