Local Community Empowerment on Tiger and its Conservation in Southeast Aceh, Indonesia

This project is aimed to establish effective Sumatran tiger protection in and around Batang Gadis National Park and Batangtoru Forest in North Sumatra province, Indonesia. It will be focused on Rapid Response for human–Tiger Conflicts and assist local communities who live around affected areas. A Sweeping operation of tiger snares will also be implemented which will aim to find and dismantle any traps, bait & snares. It will contribute at the on ground protection of wild Sumatran tiger population. This project will be linked to the Strategy and Action plan of Sumatran tiger for 2018-2028. 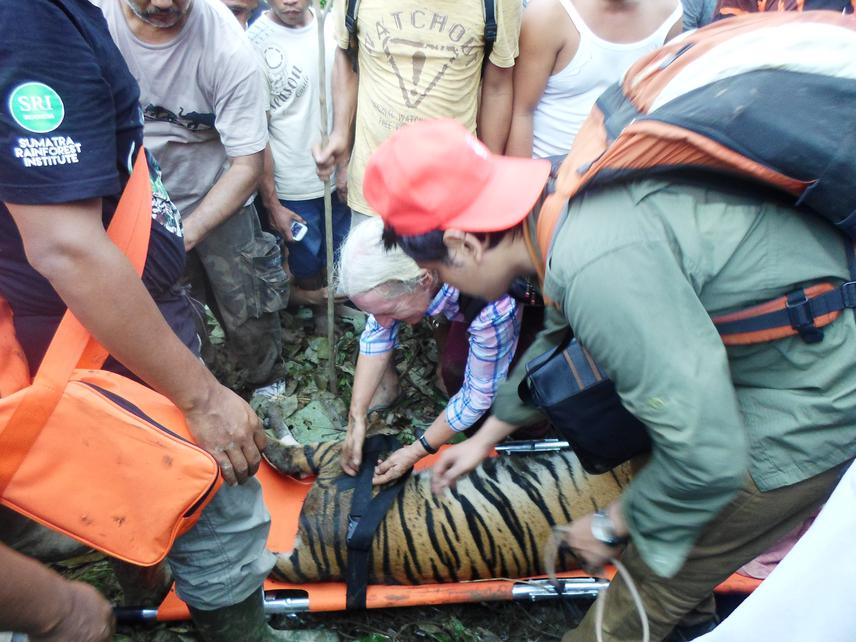 The Sumatran tigers are the smallest surviving tiger subspecies. The last of Indonesia’s tigers—as few as 500 today—are holding on for survival in the remaining patches of forests on the island of Sumatra. Accelerating deforestation and rampant poaching mean this noble creature could end up like its extinct Javan and Balinese relative. There has been an increasing number of human-tiger conflicts seen over 2015 to 2017 in North Sumatra.

This project is seen as urgent and to be undertaken for 2018. On 12th of September 2017 a National workshop in Bogor discussed some natural tiger landscape that is a priority for concern for tiger protection efforts and Batang gadis national park and Batangtoru forest ecosystem zone are two of these important landscapes which are listed on the draft document of the Strategy and Action Plan for Sumatran tiger conservation 2018-2028.

The aims of this project are:

(1) Intensifying the protection of sumatran tiger from lethal conflicts