The project aims are:
1) To provide characteristic data of Mentilin habitat;
2) To provide estimation data of Mentilin population; and
3) To raise the awareness of local people towards mentilin conservation as a flagship species of Bangka Island by implementing the local socialization and giving leaflets and T-shirts.

The results of this project can be used as a preliminary data of Mentilin habitat condition and population in Bangka Island. Mentilin habitat and population data can be used as a standard by the Governments of Bangka Regency and Bangka Belitung Islands Province to determine the effective conservation strategy of Mentilin in Bangka Regency and other regions. Then, the data obtained in this project can be used for further project on Mentilin and its natural habitats. 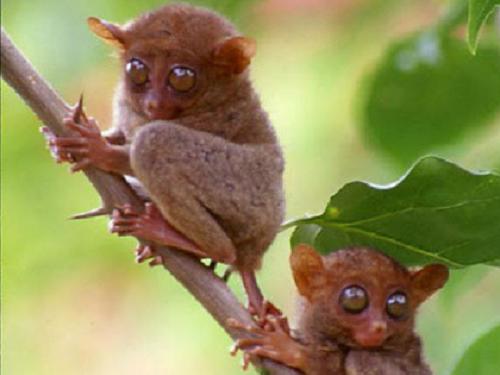 The reason why I decided to conduct this project is caused by depopulation of Cephalopachus bancanus bancanus or known as ‘Mentilin’ by local people in Bangka Island, which is caused by its habitat loss. The loss of mentilin habitat is caused by opening of unconventional tin mining area, forest clearing for oil palm plantations and housing, illegal logging, and fires. Besides, the depopulation of Mentilin is also caused by illegal hunting and trading (IUCN 2008; Yustian et al. 2009). Those facts are the main reason why Mentilin conservation status is in phase of endangered (EN) by the IUCN Red List (Roos et al. 2014). 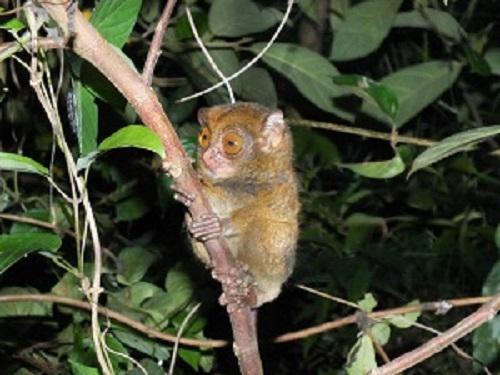 The data of C. bancanus density as western tarsier is still very limited compared to eastern tarsier (Tarsius spp.). Until now, all of the projects on C. bancanus has been conducted in Borneo (C. b. borneanus) (Fogden 1974; Niemitz 1979, 1984; Crompton & Andau 1986, 1987), Belitung Island (C. b. saltator) (Yustian 2007; Yustian et al. 2009), and South Sumatera (C. b. bancanus) (Sesa et al. 2014) while the project of C. bancanus has never been conducted on Bangka Island (C. b. bancanus), and in Serasan, South Natuna Archipelago, and Subi Archipelago (C. b. natunensis), which is proved by undiscovered C. bancanus publication in those areas.

The project is conducted in secondary forests of 4 villages / sites in Mendo Barat District, Bangka Regency, Bangka Belitung Islands Province, Indonesia, those are Zed, Kemuja, Paya Benua, and Petaling. Overall, the sites has an area of ± 224,08 km2 or ± 22.408 ha. A preliminary survey was conducted from April 2014 to July 2014 (for 4 months). The project has been being conducted since Desember 2015, and it will be finished in November 2016 (for 12 months or 1 year).

The project key activities are:

1) The study of mentilin habitat characteristics, which consists of habitat physical and habitat biotic components; and

2) The study of mentilin population estimation.