Impact of Land Use and Forest Disturbance on Millipede Diversity and Distribution in the Forests of the Littoral Region of Cameroon: Conservation Implication

The ongoing biodiversity crisis, characterised by high extinction rates, requires well-planned conservation efforts. Assessment of conservation status of species with inadequate conservation management like giant African millipedes has been acknowledged as a key tool for determining threat threshold and hence guiding conservation objectives. Generally, biodiversity inventories are required for planning and monitoring tropical ecosystems. Invertebrates, including millipedes, are the least studied animals’ group, accounting just 31% of all evaluations on the IUCN Red-List. Millipedes constitute one of the most important components of ecosystem functioning in tropical forests. Despite increased awareness of their importance to global conservation planning, little attention has been paid to the inventory and monitoring of this group. The study of their diversity, abundance, and distribution can provide useful rich base information that can aid in biodiversity conservation decisions, and in management planning of the protected areas such as the Ebo Forest and the Dja Biosphere Reserve. These are key biodiversity hotspots in Cameroon with the Cameroon’s largest remaining tract of primary lowland and submontane rainforest and a high conservation priority because of their species richness with many endemic and threatened species. Among millipedes, giant African millipedes are generally threatened by anthropogenic factors and belong to two unrelated taxonomic groups: the endemic tribe Pachyiulini (family Pachybolidae) and the family Spirostreptidae. Additionally, very few conservation studies have been dedicated to threatened giant African millipedes insufficiently represented in the IUCN Red-Lists. No millipede species from Central and West Africa has so far been the subject of an assessment with a view to its inclusion in the IUCN Red-List. Thus, this study seeks to assess the conservation status of Cameroonian gigantic African millipede species and suggest a bio-monitoring plan in light of climate-change and environmental degradation. 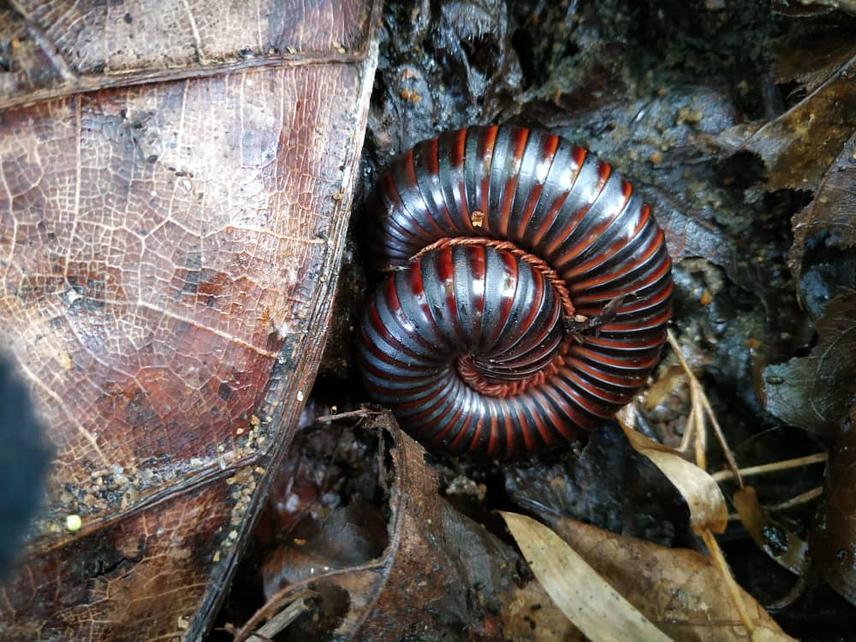 This proposal has been initiated to overcome these gaps of knowledge and contribute to the conservation of these threatened giant African millipedes in Cameroon.

We specifically intend to:

(1) establish their distribution range, habitat preference, and population dynamics in the study areas,

(2) identify the threats that face the target taxa in the study areas,

(3) formulate propositions regarding their conservation status using the collected and existing data,

(5) raise local awareness campaigns to influence the local belief and superstitions around the target taxa, using a combination of entertainment and environmental education.