Diversity, Ecology and Conservation Status of Amphibians of the Tchabal Mbabo, A Key Biodiversity Area in Cameroon

Tchabal-Mbabo, a key biodiversity area in Cameroon has been relatively less surveyed for amphibians compared to nearby mountains. To develop a tailored conservation action plan around, we intend to provide new insights into the occupancy of the batrachofauna and update knowledge on amphibian ecology, diversity, and endemism. 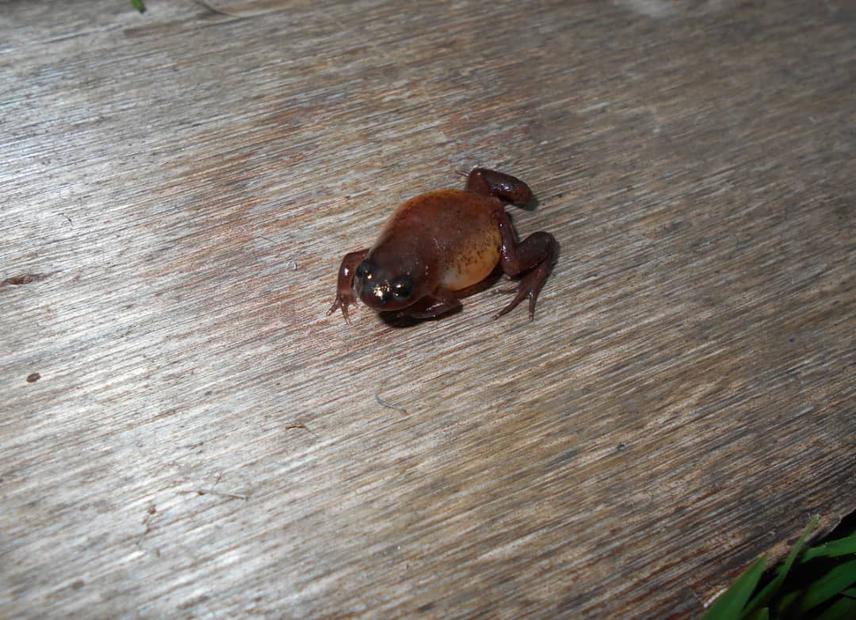 The Tchabal-Mbabo mountain represents the last segment of the mountain range known as the "Cameroon Volcanic Line", which is an area of exceptionally high amphibian endemism and high amphibian diversity (Herrmann et al., 2007). Unfortunately, this eco-region is subjected to an increasing human population, resulting in growing logging activities and land demand for settlement, agriculture, and livestock production. These have been leading to the intensive decline of amphibian fauna around. As a result, many of the endemic species like Astylosternus rheophilus tchabalensis, Astylosternus sp., or Cardioglossa alsco, endemic to this mountain are listed as Endangered in the IUCN red list (IUCN, 2017). Compared to adjacent mountains like Gotel Mountains, Oku, Manengouba, or Bamboutos, Tchabal-Mbabo has been relatively less surveyed for amphibians, especially in the past decade. Considering these, information from this mountain seriously needs an update. Lately, the amphibian population declines due to disease, and land degradation have been reported in nearby mountains (Hirschfeld et al., 2016; DohertyBone & Gvoždík, 2017, Tchassem et al., 2019) but such information remains obscure for the Tchabal-Mbabo. A recent pilot survey conducted there reported the occurrence of some endemic species like Astylosternus rheophilus tchabalensis, Xenopus sp amongst others. Besides these, species like Phrynobatrachus steindachneri have been missing for close to a decade. Understanding full diversity, ecology, and providing an updated conservation status of the batrachofauna of this key biodiversity area is a prerequisite for sound conservation action. It is necessary to have a full understanding of the ground situation. This has led us to endeavour to conduct intense field sampling around Tchabal Mbabo to have a better grasp of the ongoing situation to develop a tailored conservation action plan for this key biodiversity area.

The overall goal of this project is to provide new insights into the occupancy of the batrachofauna in the key biodiversity area of Tchabal-Mbabo by updating knowledge on amphibian ecology, diversity, and endemism around. Specifically, this project will endeavor to 1) study composition, distribution, and status of amphibians, 2) Understand the factors (vegetation, seasonality, habitat, human activities) that influence the occurrence of the batrachofauna 3) take the GPS coordinates of breeding sites and 4) Based on the information recorded, develop conservation measures with awareness-raising campaigns.

This project will provide necessary data for better identification of amphibians from the Tchabal-Mbabo and build more potential for amphibian research in Cameroon.