Despite attempts to save sea turtle population, conservation practitioners were facing difficulties in accumulating reliable data on species being trade Indonesia wide. Mostly because many illegal transaction are in the form of eggs and meat, hence preventing taxonomical identification. Data reliability could be improved by application of forensic genetic, however this approach is unavailable and local expertise is severely lacking. This project seeks to promote the application of forensic genetic to arrays of managers and conservationist using workshop, training and meeting. We expect that better trading data acquisition in illegal transaction could improve future conservation strategy in saving sea turtle. 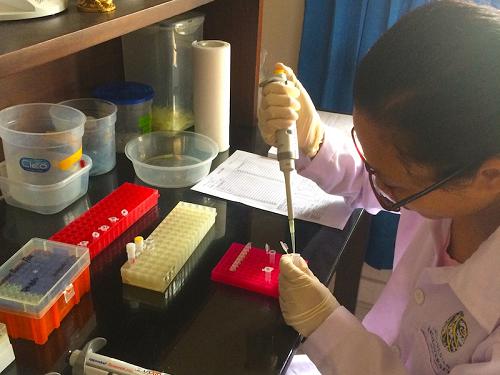 Turtle conservation has been going on for decades in Indonesia. However, it’s hard to judge the success of this effort, as the large proportion of data is unreliable. Several evidences indicated that the available illegal trade data is not the depiction on current rate of trading, creating wrong perception of the impact of current turtle conservation effort to society. Evaluating which conservation strategies that work in the field is important. 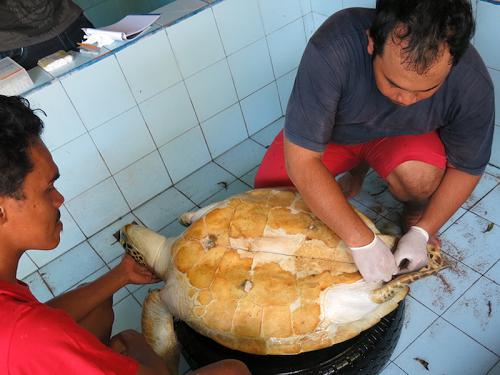 Our proposed work will help conservationist to generate reliable data hence providing powerful evidence to generate a reliable data and permit evaluating the ongoing conservation effort. This work specifically target on building local capacity to do genetic examination on unrecognized form of illegal transaction hence allowing better data acquisition on species being traded. The project will take place in central Indonesia with particular emphasis in Bali and East Java.

By doing several workshops and training, we will teach government officials, NGOs and university students on how to do forensic genetic techniques, including collecting tissue samples, gather intelligence, and use genetic evidence. Through a combination of teaching theoretical background knowledge and practical skills, our project will act as the capacity building opportunity for the participants to learn genetic methods and to apply it for conservation and wildlife purposes. The participants will then expect to encourage or lead their fellow communities or institution to use genetic as part of their tools in order to create integrated database and build references on sea turtle species, origin, and genetic variations across Indonesia.

Our focus on genetic forensic training also acts as a fundamental framework for greater and continuity project on wildlife trading. Using not only traditional method but also another advance method, we aspire to build database of genetic diversity and population structure of sea turtle across Indonesia, in association with its nesting and feeding grounds. This will be a helpful reference for origin and source of population of sea turtle caught in illegal trade. Ultimately, the project is expected to build the confidence of the participants in order to use genetic forensic, not only on the sea turtle illegal trading but also another illegal wildlife trading happened in Indonesia.