This project will study the ecology and behaviour of the most endangered primates in the world, and communicate to local people the importance of its conservation. 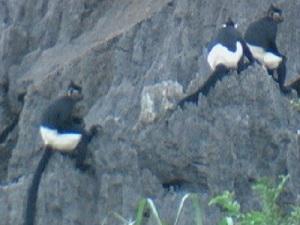 In November 2007, Nguyen Vinh Thanh received a second RSG to continue this project. 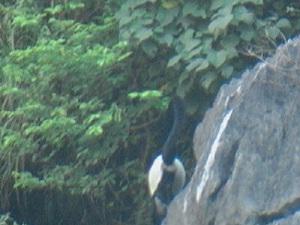 Scan sampling and ad libitum observations and trail surveys are continuing for more social behavior, home range use data. Some new behavior were observed and recorded, such as actual copulation, pseudo-copulation, infant-carrying, allo-mothering care, infant-sharing refusal. Another all-male band with three individuals was observed in August 2007, and it is being monitored to distinguish it from a six-individual all-male band, which was seen at the same place in September 2006.

Scan sampling data are being analyzed by hand and by statistical softwares (MS-Excel 2000, SPSS 13.0). The langur’s home range use data are being composed by using MapInfo 7.8

The list of food plant species is being added through observations of Delacour’s langur feeding, and collecting plant samples. Phenological monitoring was terminated because we have enough 12-month data. Botanical surveys in Van Long Nature Reserve are being took place to find out more food species distribution, however.