1) assessing the most recent distribution of the Umbra krameri in Serbia; checking its known populations; investigating suitable areas for its eventual presence/findings
2) collecting comprehensive data regarding biology and ecology of found populations; in case of new findings, collecting material for genetic analyses; collecting data regarding its habitats and assessing its ecological status; identifying the main treats; preparing the list of suitable habitats with focus on the protected areas
3) setting up a basic framework for ex situ protection of the species; captive breeding of selected populations in the laboratory; preparing suitable reservoirs as surrogate habitats for laboratory reared offspring; translocating laboratory-reared fish in selected suitable habitats in the nature; setting up a basic framework for in situ protection of the species
4) rising public awareness regarding the necessity of conservation and protection of this critically endangered species; educational lectures, workshops, newspapers articles, internet and tv presentations 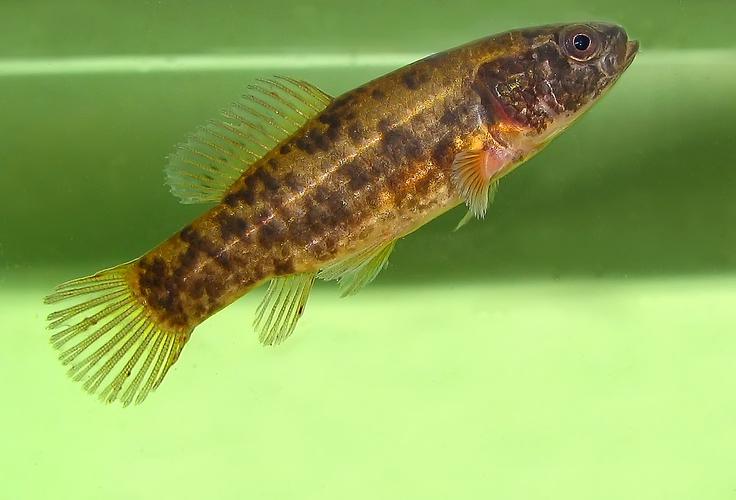 European mudminnow (Umbra krameri Walbaum, 1792) is a small marshland fish endemic to Europe. On the IUCN Red List of Threatened Species U.krameri is listed as Vulnerable (VU), while in Serbia this fish is listed as Critically Endangered (CR). Living in isolated populations the species has additional pressure due to inevitable inbreeding and genetic drift. In order to efficiently protect this taxon, a comprehensive investigation and interaction with local communities and governments should be conducted. Apart from conservation and protection in its natural habitats/populations, the maintenance of the genetic diversity of the species by ex situ breeding programs is required.

Artificial lakes, ponds and canals, marshes and smaller watercourses in the northern and central part of Serbia (Vojvodina, Podunavlje, Posavina and Pomoravlje) will be the main focus during planned field investigations. Suitable habitats will be checked in few protected areas (Zasavica, Slano kopovo, Stari Begej-Carska bara, Koviljsko-petrovaradinski rit, Gornje podunavlje) and one national park (Fruška Gora) as well. As the main basis for ex situ part of the project experimental school estate” Radmilovac” of the University of Belgrade's Faculty of Agriculture, will be used.

One of the most important parameters of success will be the amount of collected data from the field, including ecological, biological and genetic data. All those data should contribute to our knowledge of the target species/populations in the region. Besides, planned educational materials and lectures should have an important role in encouraging and motivating local communities to be actively involved in a protection of this species and nature conservation in general. Additionally, translocation and re-introduction of populations to few selected suitable habitats in protected areas in the region should enhance species vitality in the wild. Those newly founded populations shall be monitored regularly, as well. Finally, maintaining ex situ protection, including laboratory breeding/offspring’s, should enable useful back-ups for threatened wild populations.

1) gathering most recent comprehensive data of U.krameri in the region

3) reintroducing the species in the selected suitable habitats

4) supplementing most threatened wild populations from the ex-situ stocks

5) drawing public attention, and raising awareness of local, regional and national instances in hope for better in situ protection of the species.

Having in mind heavy anthropogenic influences, small and isolated populations, urgent actions are needed in order to preserve this rare species in the region.