Our project's general goal is to assess and mitigate human impacts on endangered marine turtles in the Egyptian Red Sea. Specifically, we aim at:

1) assessing the impact of human activities on marine turtles survival on major diving and snorkelling sites along the Egyptian Red Sea coast by analysing past (2018 – 2019) and current citizen scientist reports (including injured turtle sightings), with the support of turtle specialists and specialised veterinaries

4) extend our knowledge of marine turtles, their distribution and habitat use throughout the Egyptian Red Sea coast. 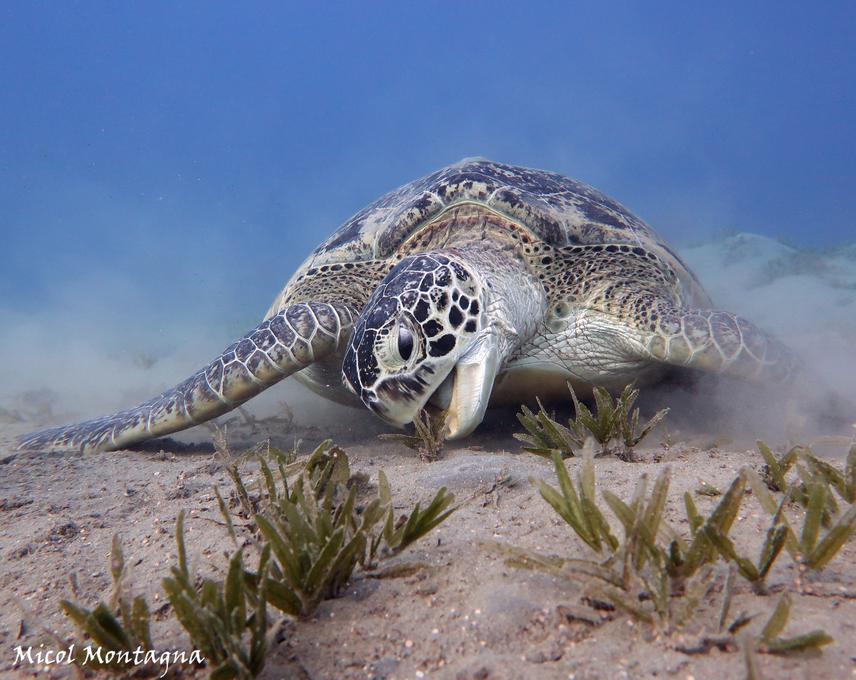 Turtlewatch Egypt is a citizen science program aimed at collecting important information on endangered marine turtles in the Egyptian Red Sea. All data contributed to the project is used to improve our knowledge of marine turtles and is used towards improving their conservation and protection.

During the past nine years, TurtleWatch Egypt focused on training dive and snorkeling guides, as well as divers on how to collect and share data on marine turtles in their feeding grounds through social media.

Nevertheless, in the past couple of years, we noticed an increasing number of reports of turtles with injuries from propellers and speedboats.

By engaging citizen scientists, we were able to follow the recovery process of most of the turtles that were observed with injuries but we also received increasing complaints regarding the lack of regulations and/or control of speedboats in shallow areas used not only by sea turtles but also by other endangered species like dugongs.

We decided therefore to increase our efforts to train dive centre staff in order to prevent further accidents. We plan to take advantage of this very unusual period of time during which tourism is almost absent and dive operators are very slowly restarting, to create ad hoc digital educational material and to prepare online workshops addressed to dive guides and speedboat captains on how to behave in shallow lagoons and bays where endangered megafauna can be found. Our hope is that by the time tourism restarts, people working in the diving business will be trained and ready to lead snorkelling, diving and boat trips safely, instead of representing a threat to marine turtles and dugongs (but also people).