Wild Bees and Agroecology: Strategies for the Protection and Conservation of Wildlife in Tropical Dry Forest

Tropical dry forests and wildlife are threatened, as well as the ecosystem services involved. In the Colombian Caribbean, most of these forests are associated with agroecosystem matrices, which are mostly due to modern systems that involve the use of external inputs (agro-toxic, commercial seeds, etc.) that cause a large number of negative effects at social, economic, environmental level (health of communities, forests, water resources, air, soil, wildlife, among others) and cultural. Therefore, strategies will be implemented around agro-ecological processes, which contemplate biodiversity and its interactions. This will contribute to the protection and conservation of wild bees and other pollinators. 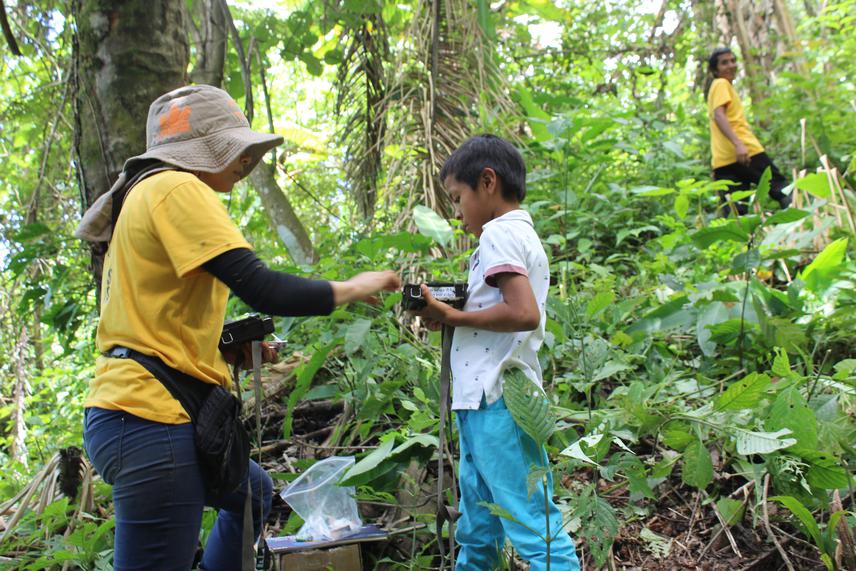 This project is based on the need evidenced in the department of Cesar, where the tropical dry forest predominates, hosting diversity of wildlife adapted to drought conditions, most of them in some category of threat, being key ecosystems for the processes of adaptation to climate change. Through the activities developed in the region, problems related to modern agricultural systems that involve the use of agro-toxic and cause a large number of negative effects on bio-diversity were evidenced.

In this type of productive systems of agricultural modernization they are gradually degrading natural resources and leading to an unprecedented increase in yields and agricultural production that has also caused problems and environmental conflicts: agriculture is currently the main cause of water pollution by nitrates, phosphates and pesticides, is the main anthropogenic source of greenhouse gases and, together with forestry and fishing, the main cause of biodiversity loss in the world. Agriculture also harms its own future through soil degradation, salinization, excessive water extraction and reduction of genetic diversity of crops and livestock.

Likewise, by homogenizing the areas and avoiding interactions with local wildlife as much as possible, there are negative interactions such as hunting, wildlife poisoning that ends up affecting the diversity of these forests and their balance. Reason why, recognizing the activities that are affecting the natural resources, this Project was proposed that contemplates the implementation of crop management alternatives with an agroecological approach. According to Miguel A. Altieri (1995), father of agroecology, this is a discipline that defines, on the basic principles of ecology, how to study, conceive and manage agro-systems so that, simultaneously, they are productive, conserve natural resources, be coherent with the local culture, be socially just and economically viable. In this way, it is proposed to reduce negative pressures and interactions on tropical dry forest matrices that are associated with these agroecosystems and contribute to the protection of wild bees and other pollinators.