Fighting Negative Impacts of Tradition on Biodiversity by Education I

This project will evaluate the intensity of the impact of local folklore and cultural heritage in Serbia on the population status of Near Threatened Hermann’s tortoise by combining the data on: 1) tortoises health status in natural populations; 2) it’s appreciation in local folklore; 3) use in traditional medicine and diet; and 4) local people’s knowledge of the national regulations related to the biodiversity protection. The important aim of the project is to rise willingness of local people to change established habits that negatively impact global biodiversity. 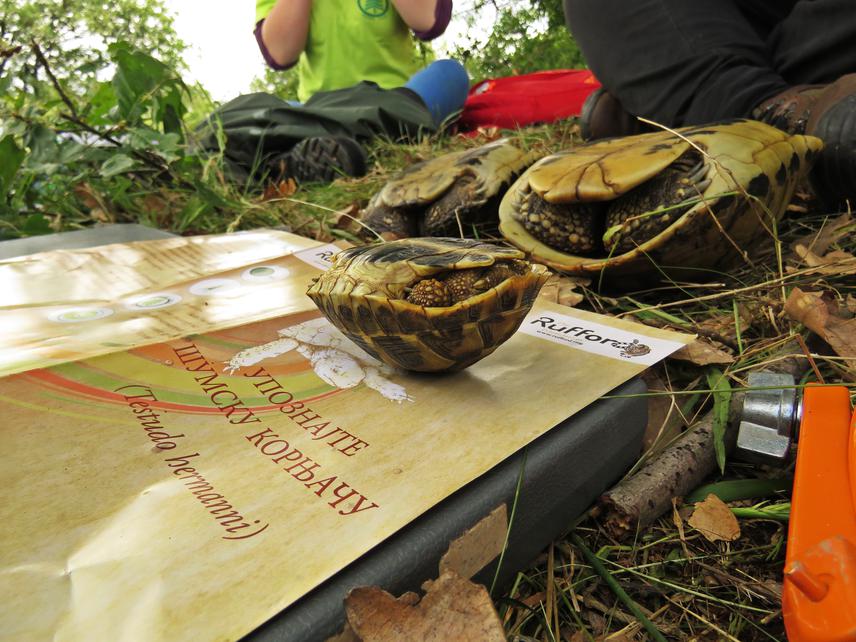 Population viability study of the local Hermann’s tortoise population is the one of few monitoring programs implemented in southern Serbia. This monitoring has been conducted by a team from the Faculty of Sciences and Mathematics at University of Niš for 6 years at the locality Kunovica in the outskirts of city of Niš. Available literature data showed that global population of Hermann’s tortoises is declining due to collection for sale, food and traditional medicine. A preliminary analysis in the eastern Serbia showed that superstition on the healing power of flesh and blood of Hermann’s tortoises is deeply rooted in the local folklore. Personal communication confirmed existence of same attitude also in southern Serbia. With this project we hope to change local attitude of the tortoise’s main predator, human, through organizing open lectures, appearance in the media, sharing the brochures, and emphasizing the importance of preserving this species and local biodiversity in the area of concern.

The implementation of the project activities would begin in January, when the tortoises are still inactive. At this time we will prepare the presentation and promotional materials on the importance of the project for the protection of the tortoises. Presentations will be held at the universities in Serbia. Beginning of February is dedicated to the meeting with registered volunteers who are interested to participate in the field work.

The second phase of the project activities will begin in March with detailed planning of field research and procurement of necessary equipment. The established research teams will start collecting data in the field at the beginning of April and last until the end of May. Interviewing local residents will be done in the same period, but will take longer.

The second part of field work will be conducted during July where the procedures and methods applied in April-May will be repeated. The second phase will be completed at the end of August.

The third phase of the project will be carried out from September to December. The processing of data collected during field research will be carried out during September. Preparation of publication that will contain interesting facts obtained by surveying will be done in October. Public events in local communities will be organized in November, where informative brochures will be distributed, also after every completed survey during field work. During December, the research team will present the project results, including publications, at the Universities of Serbia.