Conservation of the Balkan Chamois: A Case Study from Durmitor and Prokletije National Parks, Montenegro

The main aim of this Project is improving monitoring program of Balkan chamois in Montenegrin national parks, in purpose of their conservation and promotion of the concept of protected areas, as an efficient method for species protection and its habitats, which will contribute in improving implementation of conservation measures and will make stronger platform for monitoring program of this species in the country. 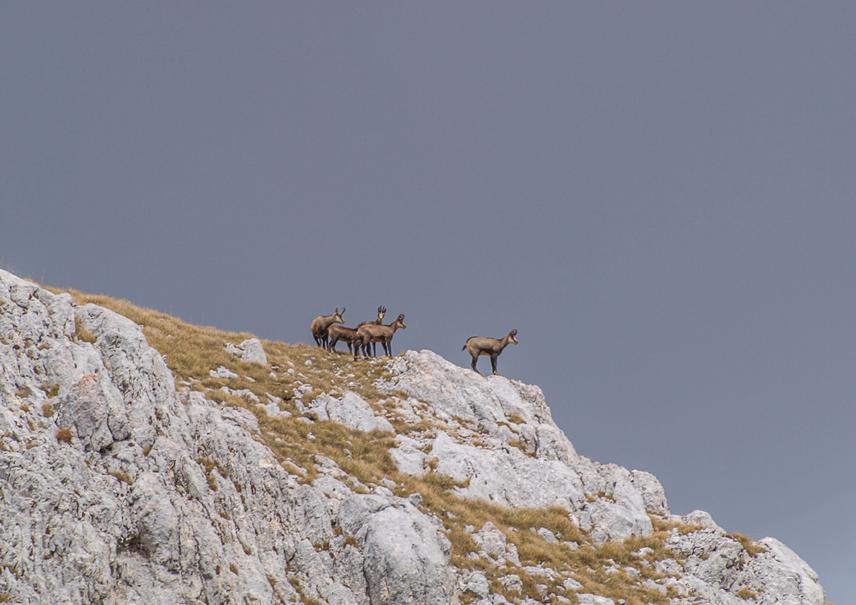 Restricted only to the Balkan Peninsula, the Balkan chamois (Rupicapra rupicapra balcanica) is one of the seven subspecies of the Alpine chamois. The Balkan subspecies however does have a declining tendency with estimated numbers of some thousand individuals scattered around the small Balkan countries with no connectivity between the sub-populations. These sub-populations are usually found in the protected areas on the Alpine pastures of the Dinaric-Pindos mountain range in the west and the high mountains in the east of the peninsula. Being high-valued game species, the chamois is very often target to poachers, declining and limiting their range outside protected zones.

Chamois species are very important for maintaining alpine zone it is listed on II and IV annex of Habitat directive and Bern Convention also, plays important role as Lynx pray.

No existing of exact scientific data regarding Balkan chamois over last 20 years, makes implementation of conservation measure regarding this species very hard. Taking in consideration that Natura 2000 network in Montenegro is "on the door", this project aims to prepare one small but important conservation step toward future obligations in monitoring actions in Protected areas.

This Action will give more clear picture about distribution of Balkan chamois trough Montenegrin protected areas and more precise population size, with the promotion of the fact how Protected areas have important role in conservation. Young biologists from last year of Biology studies will be included and also rangers in national parks in all process in order to learn about ecology and behaviour of this species and field work techniques, which will improve capacity for future research and implementation of monitoring program. New data will be provided to all relevant scientific institutions, since due the lack of human resource and funding, institutions have not opportunity to dedicate their work to this kind of Action.