Magueyes Land: Sustainable Strategy for the Use and Conservation of Valuable Natural Resources of Mexico

Conservation and Sustainable Use of Threatened Species of the Genus Agave

The species of the genus Agave in Mexico have essential cultural value and a tremendous economic impact. However, the high exploitation of the species has considerably degraded its populations. Therefore, it is of uttermost importance to design strategies to preserve and manage these phytogenetic resources. The collection of threatened species and their subsequent micropropagation at the laboratory will generate alternative methods for their sustainable and safe propagation, avoiding the extraction from their natural areas in reproductive stages. Besides, generation of micropropagated accessions will allow their long-term conservation in germplasm banks. 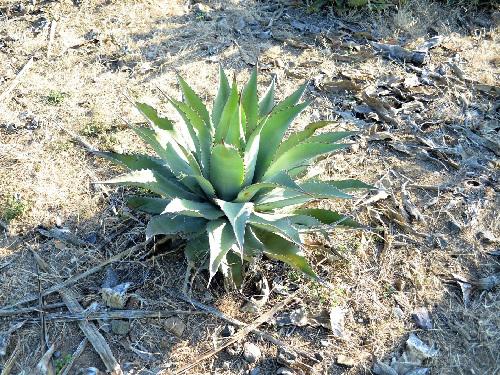 Magueyes are part of the culture, economic development and ecology in the communities of Mexico. The knowledge and traditional practices of the local population in areas where wild agave plants are found are the banner of a natural and cultural heritage. To date, 18 threatened species are reported out of the 200 reported by NOM-059-SEMARNAT, 2010. Agaves, due to their physiological and evolutionary nature, are promising species for adaptation to climate change. However, the degradation of natural populations has been detected by three main factors: extraction by man, extension of large cities and pests / diseases. Conservation alternatives (short or medium term) of some species of the genus Agave spp have been reported. However, long-term conservation is reported for the ﬁrst time from this project (1st GSR). Cryopreservation is considered as a way of storing vegetative material at freezing temperatures by means of liquid nitrogen (-196 ° C). This technique allows the preservation of important and valuable germplasm for many years. 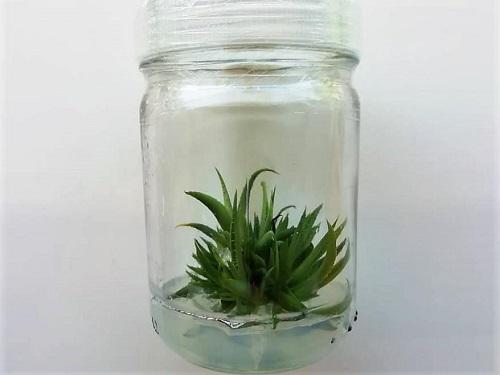 In addition, it oﬀers advantages over other systems since it reduces the risk of loss due to some environmental factor in situ crops and handling and cost for the maintenance of ex situ crops (botanical gardens). The importance of developing protocols for the micropropagation and cryopreservation of endemic and micro-endemic species of our country is mainly due to the ecological importance since Mexico is considered the country of origin of the genus Agave. In addition to oﬀering propagation alternatives that beneﬁt communities. The richness in diversity and distribution is unique in the world. Various species of animals such as bats and insects are symbiotically associated. The lack or degradation of agave populations directly aﬀect other species.