The carnivores are the most threatened group of animals in Armenia due to urbanization, habitat destruction, hunting, etc. There is no actual data about distribution range and population size in Armenia. Our main goal is to develop a conservation program for poorly known Caucasian Lynx (Lynx lynx dinniki) based on the collected data about distribution, first hand estimation of density of populations by photo camera trapping method along the corridor for large mammals in southern Armenia. The popularization of importance of conservation of the large mammals in Armenia is essential to mitigate human-carnivore conflict. 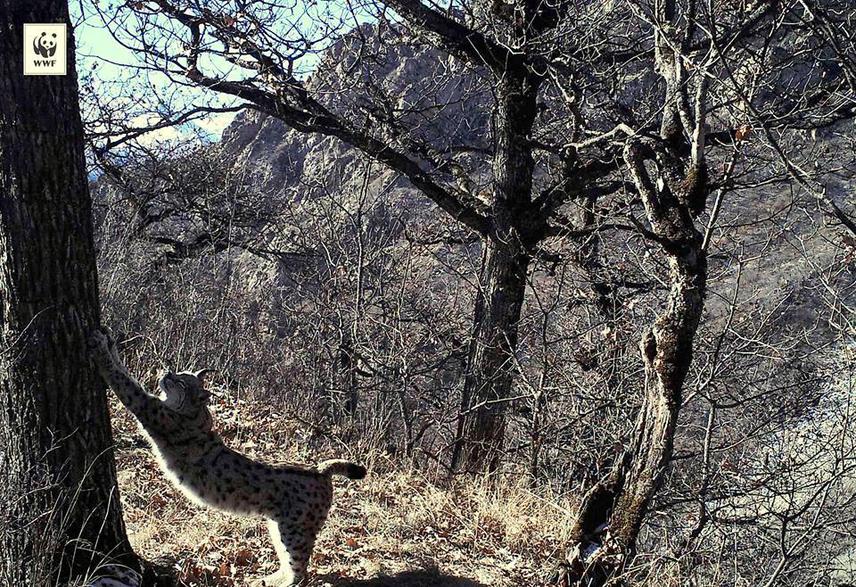 The distribution and abundance of Caucasian lynx (Lynx lynx dinniki) and their status is uncertain on whole area of Armenia. This species is not listed in Red Book of Armenia because of deficiency of data. For the first time we will reveal new data about biotopes preference, landscape distribution of lynx in mountain regions of southern Armenia and give the estimation of density of their populations. The opinion poll will reveal the main problems of interactions of human with large mammals, while seminars for villagers will help to mitigate the human-lynx conflict. As result of our study, the Draft Lynx Action Plan will be submitted to Ministry of Nature Protection.

The following activities are planning:

1. Camera trapping fieldwork. The preliminary map of sampling grids in southern Armenia will be prepared based on previous data of presence of lynx as well as result of our survey along line transects. The camera traps will be distributed according to the predefined structure. The following results will be presented for year: (1) annual distribution range; (2) total number of detected individuals, demographic structure and (3) number of territorial females. We are planning to generate the habitat preference map for lynx in southern parts of Armenia.

2. Mitigation of lynx-human conflict. The interview and questionnaires will allow reveal the attitude of local people towards the main carnivores, get additional data about possible presence of lynx in vicinities of villages, explain the main conflict reason. The distribution of calendar with images of lynx will allow promote the kind attitude of locals to this wild cats. The seminars will be organized in each target village where the importance of conservation of large mammals will be explained and discussed for villagers.

3. Development of Species Action Plan. The Action Plan for lynx will be created and suggested to Ministry of Nature Protection of Armenia. Probably this will to promote the introduction of this species in new edition of Red Book of Armenia.