Insights on the physical conditions affecting establishment of mangrove, propagules dispersal, and patterns of local gene flow are very crucial for the management of these degrading ecosystems. 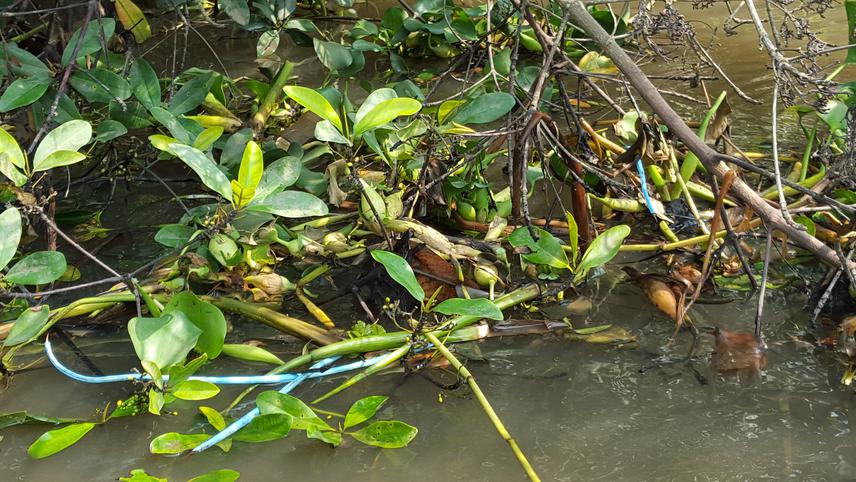 Mangrove exploitation in Cameroon has increased over the years after its start at 1919 and between the years 1980 and 2006, 30 % of the country’s mangrove stock was lost. Several reforestation efforts have been made and several others are underground, but the lack of relevant baseline information on recruitment dynamics and gene flow is likely to diminish the current efforts in place. This project’s aim is to provide baseline information on mangrove recruitment, growth and gene flow in Cameroon, for two mangrove species: Rhizophora racemosa and Avicennia germinans. This will be carried out through the following objectives:

1) Assessment of the fate of mangrove propagules after abscission (delayed dormancy or immediate rooting and sprouting?).

2) Investigation of the optimal ambient (physical) conditions for mangrove establishment and how long propagules can remain viable.

3) Assessment of local gene flow through capture-mark-release-flow experiments and also through the use of molecular markers. This will ensue though field experiments with variable testable conditions and observations and also laboratory experiments with some samples obtained from the field.

The first field experiment will investigate the different outcomes of propagules of the said species if immediately after abscission encounters variable substrates (sand, mud, dry earth, sea water, half saline water and fresh water) to reveal which favour growth most. The second setup will have treatments of variable Light intensity and variable salinity levels, and treatments of interacting factors to determine which of these environmental factors favours/disfavours mangrove establishment. In each of those set ups we will quantify length of time of propagule viability under different conditions. Marked propagules will be released to understand directionality and patterns in dispersal. At the end of the field experiments, samples of plant tissue will collected for laboratory analysis.

The outcome of this research will be in-depth knowledge of physical factors that that affect mangrove growth and revelation of local gene flow. These insights will have relevant contribution for restructuring of conservation schemes, more efficient and productive mangrove nurseries efforts and also add knowledge to the scientific community of the physical preferences of these mangrove species.