First initiative which is going to provide an inventory of the living world and economic valuation of the possibility of declaration Velidab a Protected Area. 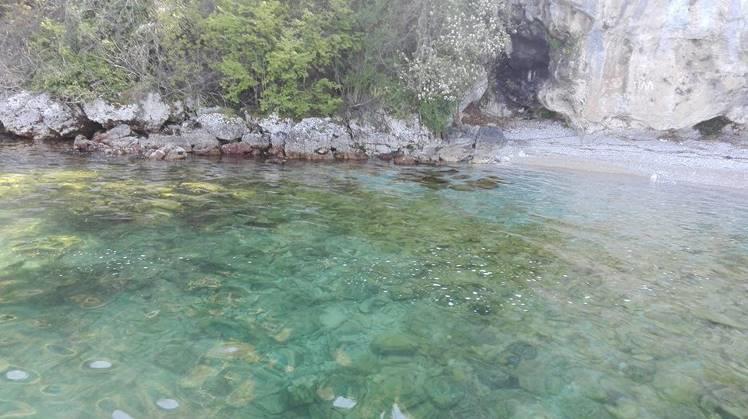 Lake Ohrid is famous as a museum of living fossils, mainly because of its high level of endemism, i.e. 212 endemic species (Albrecht and Wilke 2009). During past researches Velidab has been recognized as a point with highest biodiversity in the entire ecosystem, especially for macroinvertebrates. Currently, there is no conservation measure to protect the species although some of them are "critically endangered" according to the IUCN Red List. During the project`s activities there are going to be undertaken several actions:

First, there is going to be prepared a list of all living world registered in the locality and belonging to the group of macrophytes, macroinvetrebrates and benthic diatoms. This is going to be conducted by in situ sampling and laboratory analysis of the collected samples for each of the components.

By assessing the current state, we mean what actually is still present at this locality and if there are registered some species that jeopardize the biodiversity and uniqueness of this place. By providing a list of all living species belonging to the investigated components, the expert team will be able to monitor the actual state of the locality through the check up sampling organized every second month after the initial inventorization of the living world at Velidab.

The economic valuation and the inventory of species are going to be sent to the relevant ministries and authorities in Macedonia. By doing so, the team is going to inform the bodies for the current position of the locality and the actual economic value of protecting the site.

Following the submission of the result, representatives of the mentioned authorities will be invited and take participation on the organized workshop and during these meetings there will be known if the authorities are aware of the importance and if they are planning any further legislation - related conservation activities.

This initiative is the first which is going to provide an inventory of the living world and economic valuation of the possibility of declaration the place a Protected Area.