The project aims at:

1. Developing efficient eDNA sampling methods that could help rapidly assess the distribution of frog species in areas where they are poorly understood: Our goal is to establish eDNA methods for rapid amphibian monitoring, helping to fill major knowledge gaps in species’ distributions and abundance.

3. Devising cost-effective eDNA survey strategy for frogs to improve their monitoring efficiency: We expect that our approach will reveal circumstances in which eDNA will provide the most ‘bang for buck’. 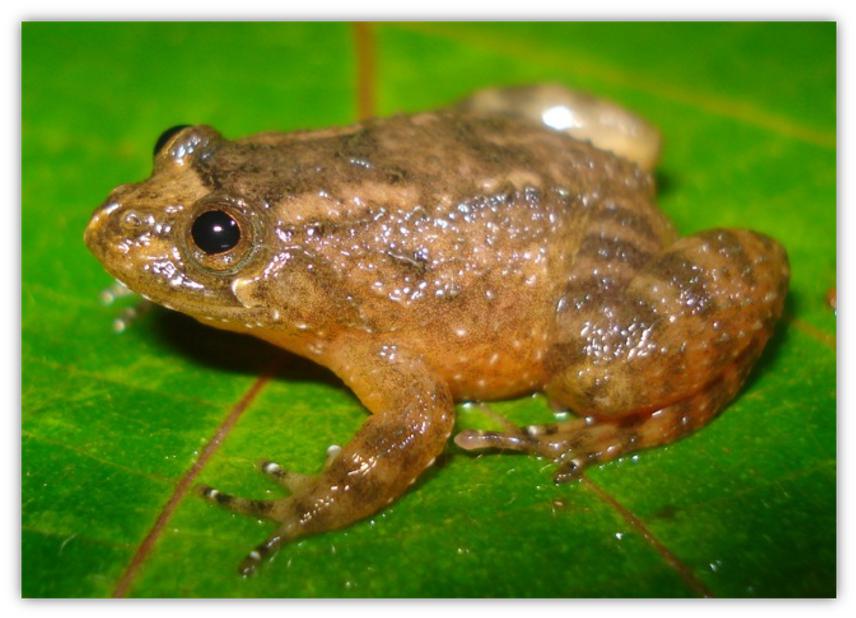 Forty-one percent of world’s evaluated amphibian species are threatened with extinction (IUCN 2020). India alone harbours 75 of these threatened species, and about 62 of them are reported from the Western Ghats (WG). The WG-Sri Lanka is among the world’s 36 biodiversity hotspots. The WG has high frog diversity (represented by 9 families) and endemism (3 families and 1 subfamily are endemic). Here, the major causes of frog population declines are habitat degradation, frog trade, climate change, agrochemical pollution and traditional uses by local communities.

Visual encounter or call surveys are commonly used for monitoring frogs. These methods can be inefficient for rare/elusive species or hard-to-study areas. However, Environmental DNA (eDNA) techniques could act as a potential alternative to detect presence and abundance of frogs, overcoming some limitations of traditional methods. Organisms deposit DNA in the environment (soil, sediment or water) through faeces, urine, skin, hair, gametes, mucus or saliva among others. With eDNA, it is possible to identify species present by collecting environmental samples, then extracting and sequencing DNA in the samples.

eDNA could be an efficient tool for frog survey in India, but methods need to be tested and optimised. For optimizing eDNA methods, we will use the Western Ghats’ critically endangered (Micrixalus kottigeharensis, Kottigehar Dancing Frog) and data-deficient (Nyctibatrachus kempholeyensis, Kempholey Night Frog) frogs as target species. Soil and water sampling will be conducted across three seasons i.e. pre-monsoon, monsoon and post-monsoon followed by laboratory eDNA analysis. In addition, we will perform visual and call surveys. We will conduct community workshops to spread awareness of frog conservation.

This project is a collaborative effort of Deakin University, Australia and the Ashoka Trust for Research in Ecology and the Environment (ATREE), India. We endeavour to develop robust eDNA methods for timely assessment of poorly evaluated frog species and inadequately studied areas. Being more rapid, sensitive and cost-effective than traditional surveys, eDNA could immensely accelerate India’s non-invasive wildlife survey capacity.