Using the Evolutionary History of Conifers to Establish Conservation Priorities

Temperate forests worldwide face great threat as the effects of climate change continue to increasingly extinguish the climatic conditions most suitable for the species adapted to inhabit these ecosystems. Based on the results from our previous grant, we have come to realize just how vulnerable conifer communities within the Sierra Madre Oriental will be in the next decades based on 2050 climatic projections. We believe that as temperate zones become extinct unimaginable changes in the structure of the north-eastern forests of Mexico will begin to become more and more evident. 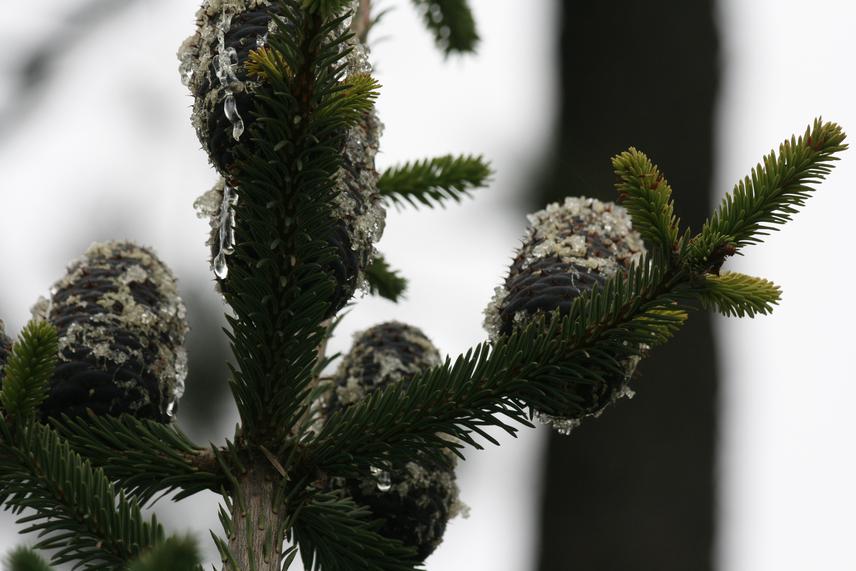 Abies vejarii, endemic Mexican species, considered as near threated by the IUCN and threated by the Mexican NOM-059 list of protected species. © Katia Lizeth Trevino Cuellar.

National conservation actions are urgently needed to ensure that most of our forest’s biodiversity is preserved, but with limited financial resources and time, what species and areas matter most?

Following a different approach to our past grant but looking to achieve a similar outcome, our goal is to understand how to better distribute the scarce conservation resources for our local endangered ecosystems. Protected areas are typically defined using a species-centric approach that prioritizes richness over all other components of biodiversity. This project aims to identify conservation priorities for the temperate forests in the Sierra Madre Oriental Mountain range using the Phylogenetic Diversity (PD) of conifers as a proxy for trait diversity. We believe that by identifying the PD distribution of the forest tree community across the Sierra Madre Oriental we can identify the areas containing the most evolutionary history. By mapping this PD distribution, we will be able to inform local and federal authorities on whether National Protected Areas are in fact situated in areas of high importance for the protection of biodiversity.

The construction of a conifer community phylogeny will also allow us to explore the use of evolutionary distinctiveness (ED) to assess the risk the extinction of different species would have for ecosystem stability. This will shed some light on species that might be understudied and whose ecosystem roles are underestimated. Furthermore, by exploring the possible discrepancies between evolutionary distinct globally endangered (EDGE) and locally endangered (EDLE) species we aim to highlight the importance of local risk assessments to protect regional genotypes that might prove useful in future conservation actions.