Kiritimati was one of the locations hardest hit by the 2015-2016 El Niño, which caused devastating coral bleaching worldwide. Although prior to this event Kiritimati included near-pristine and highly degraded coral reefs, the El Niño resulted in mass coral mortality around the entire atoll. In 2017, we will assess socioeconomic impacts of this event and use underwater surveys to examine the current state of the reef, the influence of local disturbance on reef resilience, and the mechanisms facilitating reef recovery. We will conduct conservation and climate change education activities and work with local leaders and managers to motivate conservation measures. 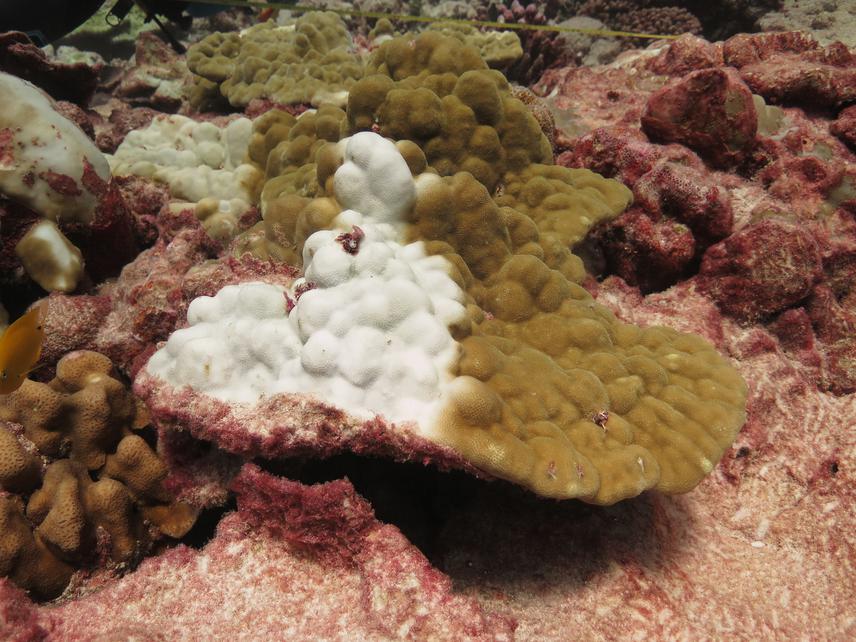 Vibrant coral reefs are amongst the planet’s most extraordinary and threatened ecosystems. With accelerating anthropogenic stressors, Kiritimati is a microcosm of the global coral reef crisis. During 12 scientific expeditions (2009-2016), my team and I have conducted hundreds of interviews and many conservation outreach activities in the atoll’s villages, and collected a wealth of data on the corals, fishes, invertebrates, and oceanographic conditions at 30 underwater sites across the atoll’s local disturbance gradient.

The current project, which builds upon my 2013 and 2015 RSGs, will make two distinct contributions to coral reef conservation. First, I will capitalize on the 2015-2016 El Niño-induced mass coral bleaching and mortality that occurred on Kiritimati, synthesizing the data we collect this summer from Kiritimati’s entire coral reef ecosystem with the data we collected over the course of the El Niño, to advance understanding of the mechanisms underlying coral resilience (ie. resistance to and recovery from) to intense heat stress, and the socioeconomic impacts of such events. This knowledge is critical for understanding how coral reefs might respond to long-term ocean warming and which coral reef conservation strategies will be most effective against climate change. Second, my team and I will conduct our coupled socioeconomic-ecological monitoring program this summer, thus extending its coverage to a full decade. Examining data from across years, this summer’s field season offers opportunities to:

i) test how Kiritimati’s reefs are beginning to recover from the 2015-2016 El Niño and to understand its impacts on Kiritimati’s people,

ii) assess changes to human well-being and reef health over an entire decade.

Monitoring data like ours are critically important for understanding how ecosystems, and the communities who rely upon them, respond to large-scale disturbances and how they are changing over time. Unlike many monitoring programs, which began only after ecosystem degradation, our program included near-pristine reefs (when we began in 2007), and hence will provide novel insights into the factors underlying coral reef resilience. Additionally, we will continue our conservation education and outreach activities, including sharing the findings of our research with local communities and government through in-person meetings, presentations, and research reports. We also will broadly communicate our results through presentations, research reports, peer-reviewed papers, and the media to help move coral reef conservation forward.